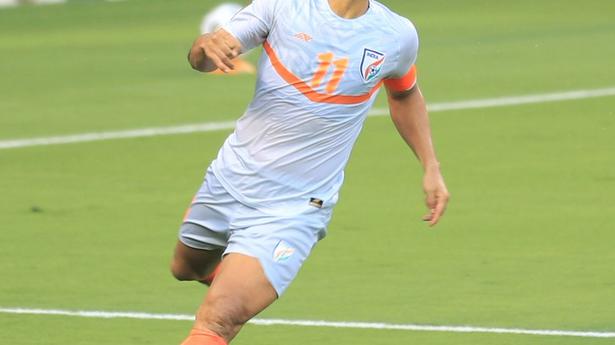 Upbeat with the return of talismanic striker Sunil Chhetri in their ranks, India still have a tough task at hand when they face higher-ranked Jordan in an international football friendly match in Doha on May 28.

The 37-year-old Chhetri last played for India during their 3-0 win over Nepal in the SAFF Championships final in October 2021, but since then was side-lined due to injuries.

The match is India’s last preparatory outing ahead of the 2023 AFC Asian Cup Qualifiers which kicks off in Kolkata from June 8.

Jordan is placed at 91st as against 106th of India in the FIFA rankings.

“Another game against a stronger team will always help,” head coach Igor Stimac said about which team which reached here on Wednesday.

“It’s our last friendly game prior to qualifiers, and we need to get final answers on certain questions. Some of our youngsters will have a great opportunity to gain more experience at international level,” he added.

The squad has been in a preparatory camp for over a month, first in Bellary in Karnataka and then in Kolkata, and the coach said that the fitness levels of his players “are quite good”.