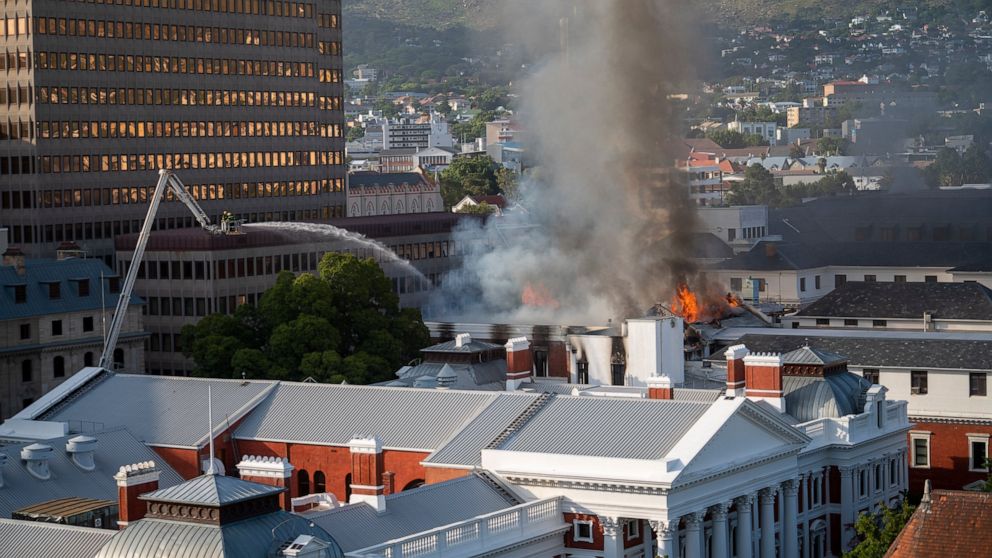 A dark plume of smoke and flames can be seen rising from the building in the center of the city.

The fire started in the early hours of the morning in the third-floor offices and spread to the National Assembly chamber, City of Cape Town Fire and Rescue Service spokesman Jermaine Carelse told local media.