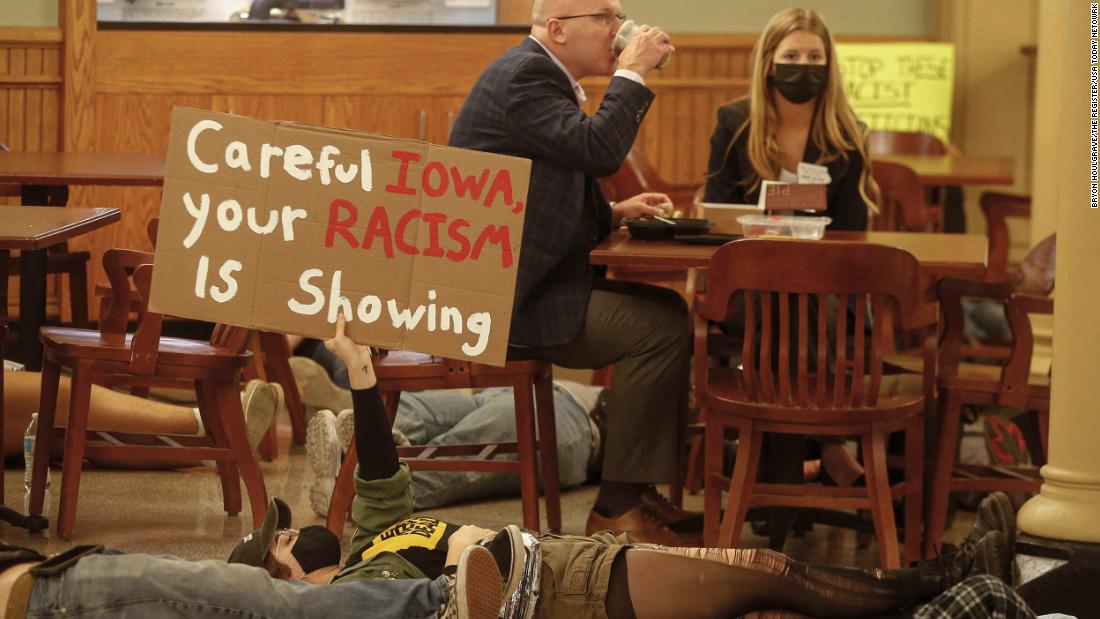 Some of them explicitly claimed that the protesters had forced their way into the building. Another suggested that what happened in Des Moines was "exactly" like what had happened at the US Capitol in Washington on January 6. It wasn't. Not even close. Because the Iowa protesters didn't storm the state Capitol.