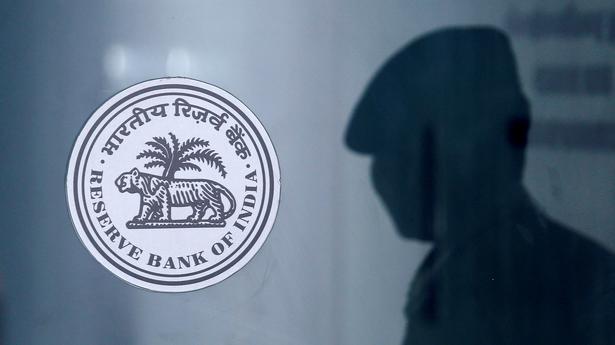 In what way is the rupee’s depreciation vis-a-vis the dollar impacting the economic situation?

It should be noted that, as a matter of policy, the Indian central bank has usually tried to slow down or smoothen, rather than reverse or prevent, the fall in exchange value of the rupee against the U.S. dollar. The aim of the RBI’s policy is to allow the rupee to find its natural value in the market but without undue volatility or causing unnecessary panic among investors. State-run banks are usually instructed by the RBI to sell dollars in order to offer some support to the rupee. By thus selling dollars in the open market in exchange for rupees, the RBI can improve demand for the rupee and cushion its fall.

Since March this year, the U.S. Federal Reserve has been raising its benchmark interest rate causing investors seeking higher returns to pull capital away from emerging markets such as India and back into the United States. This, in turn, has put pressure on emerging market currencies which have depreciated significantly against the U.S. dollar so far this year. Even developed market currencies such as the euro and the yen have depreciated against the dollar and the dollar index is up more than 8% so far this year. In fact, some analysts believe that the RBI’s surprise decision to raise rates earlier this month may have simply been to defend the rupee by preventing any rapid outflow of capital from India. In 2013, the rupee fell 15% against the dollar in about three months after investors were spooked by the U.S. Federal Reserve’s decision to trim down its bond purchase programme that had helped keep long-term interest rates low.

Moreover, India’s current account deficit, which measures among other things the gap between the value of imports and exports of goods and services, is expected to hit a 10-year high of 3.3% of gross domestic product in the current financial year. This means that India’s import demand amid rising global oil prices is likely to negatively affect the rupee unless foreign investors pour sufficient capital into the country to fund the deficit. But foreign investors are unlikely to plough capital into India when investment yields are rising in the U.S. Yields on U.S. 10-year Treasuries, for instance, have risen from around 0.5% in mid-2020 to over 3% earlier this month.

Selling by FIIs, a reduction in domestic buying are key reasons for the current correction, says an analyst

“However, with such a big population, our own need for foodgrains is much higher,” the Union Minister said

CEO Jensen Huang said that Nvidia's gaming business revenue will post a percentage drop in the mid-teens for the current quarter compared with the previous quarter.

Amon said that throughout the COVID-19 pandemic, the usefulness of smartphones continued to increase

Sony to ramp up PS5 production and broaden games portfolio

Sony has forecast PS5 sales of 18 million units in the business year to end-March compared to 11.5 million a year earlier.

RBI cautions banks to be watchful of restructured loans

The regulator, in consultation with the Market Infrastructure Institutions, has decided to modify the framework.

Apple had also said last month any new lockdowns in China and Taiwan could bring new obstacles in terms of supply and demand in the current quarter.

Demand up for luxury villas in Goa, Alibaug

Growth has been high in the post-pandemic period, according to developers

Musk sued by Twitter investors for delayed disclosure of stake

Taxpayers can complain if forced to pay dues during searches, probes