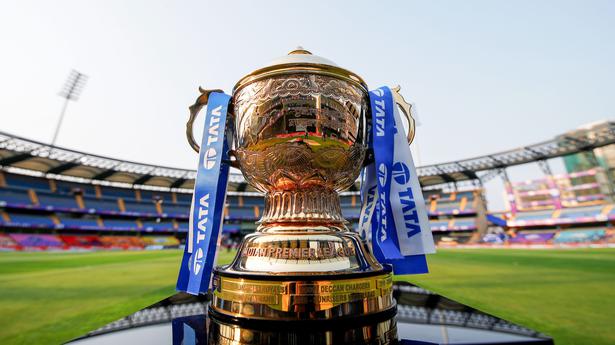 How does the IPL business model work? We explore its revenue ecosystem and compare it to leagues such as the EPL and NFL

The story so far: The Indian Premier League (IPL) got richer by a whopping ₹48,390.5 crore ($6.2 billion) last week by negotiating a broadcasting rights deal for the five-season cycle from 2023 to 2027. As per data collated by ESPN Cricinfo, the rights for the 2023-27 seasons have been sold for double the price in comparison to that for 2018-22.

Mukesh Ambani-backed Viacom-18 bagged the digital broadcasting rights for ₹23,758 crore, replacing the incumbent Disney Star, which managed to retain the television rights for ₹23,575 crore. The rights to air IPL matches globally were shared between Viacom and Times Internet, for a total of ₹1,075 crore. Viacom also paid another ₹2,991 crore for a separate category of non-exclusive rights to air 18 crucial matches each season.

When the IPL began in 2008, some of India Inc. and Bollywood’s biggest names spent a total of $723.59 million to buy eight city-based franchises. A decade and a half later, the IPL has grown manifold in popularity and commercial value. In 2021, CVC Capital, a British equity firm that formerly owned Formula 1, paid approximately $740 million for the Gujarat Titans.

With the huge amounts of money being pumped into the IPL ecosystem every season, here’s how it works-

Central pool: Broadly, it consists of broadcasting rights and central sponsorship deals, making up about 70 to 80 per cent of the overall revenue of teams. The BCCI retains 50 per cent of the overall central pool revenue with the remaining 45 per cent being distributed equally among the franchises. The remainder is bagged by the four teams that make it to the playoffs as prize money, with the largest amount being given to the victor.

As per the regulations, last tweaked in 2018, franchises are required to annually give the BCCI 20 per cent of their overall revenue (from all sources except ticket sales) as fees.