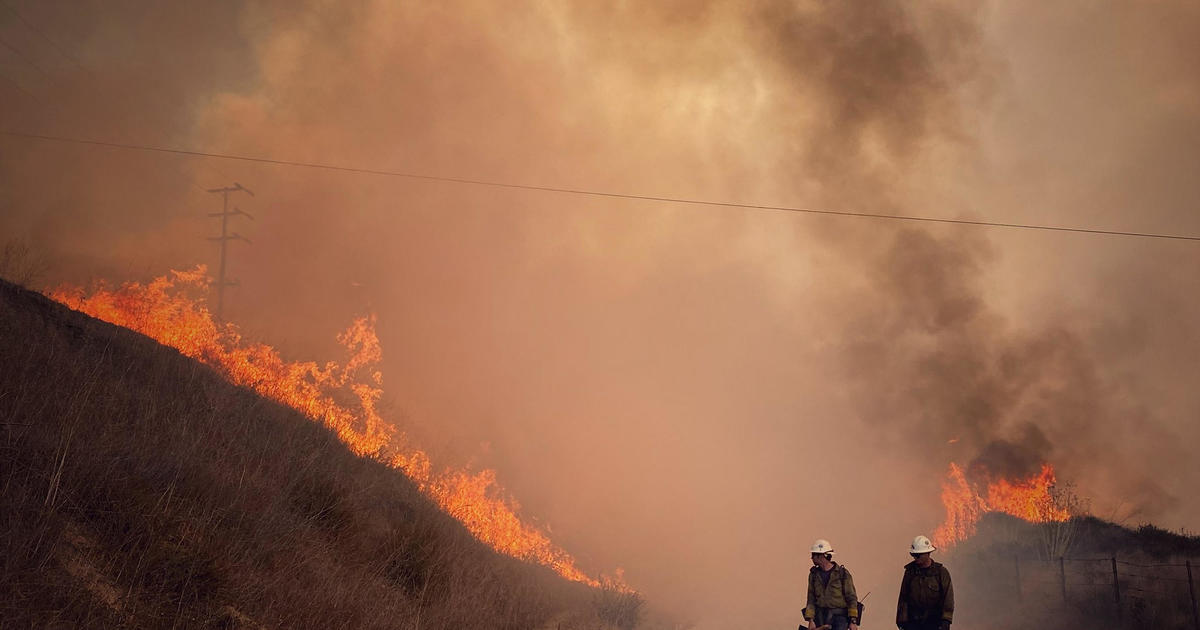 Evacuation orders due to the Alisal Fire are still in effect as the 14,500-acre blaze continues to burn in Santa Barbara County. And officials are concerned that strong winds, which prompted a wind advisory for the area Wednesday, may stoke the fire's flames.

"This fire is a reminder that as summer winds down, our fire season ramps up," Santa Barbara County Supervisor Joan Hartmann said at a community briefing.

More than 1,300 personnel are responding to the wildfire, which ignited on Monday and was 5% contained as of Wednesday morning, local fire officials tweeted. The blaze closed down a portion of Highway 101 — a major route in Santa Barbara — and officials said Wednesday that reopening the highway is a priority for incident commanders, along with protecting oil production facilities along the coast.

New holiday COVID-19 guidance from the Centers for Disease Control and Prevention urges eligible people to get vaccinated against the virus and wear masks — in some cases — when gathering.

NASA's billion-dollar Lucy probe rocketed into space with a pre-dawn launch on Saturday, kicking off a 12-year, 4-billion-mile quest to make close flybys of eight unusual asteroids that represent the preserved building blocks of the solar system.

The Texas Senate passed a bill Friday night requiring transgender public school athletes to compete on teams that match their birth gender, not the gender they identify with. The controversial bill, which passed in the House on Thursday, heads to Governor Greg Abbott's desk next.

Bill Clinton to remain in hospital overnight for treatment of infection

Former President Bill Clinton will remain at the University of California Irvine Medical Center overnight Friday while he continues to receive treatment for a non-COVID-related infection, his spokesperson Angel Ureña tweeted Friday evening. The 75-year-old former president has been in the hospital since Tuesday.

A potential safety issue is coming to a head in Chicago as police officers resist COVID-19 vaccine mandates, possibly leaving their departments under-staffed as homicides and shootings increase.

Police officers, prison guards and airport-security workers are among the public-safety employees resisting COVID-19 vaccines, with showdowns over the issue in the works as deadlines to get the shots arrive.

Bill Clinton expected to be discharged from hospital on Sunday

Former President Bill Clinton is expected to be discharged from the hospital on Sunday, according to his spokesperson. Mr. Clinton is being treated for a non-COVID-related infection.

Health officials on Long Island are investigating 10 reported cases of Legionnaires' disease — a rare form of pneumonia caused by a bacteria called Legionella. The source of the cluster has yet to be identified, but New York is seeing an uptick in Legionnaires cases statewide, the Nassau County Department of Health said.

Nearly 20,000 pounds of trash has been removed from one of the biggest accumulations of ocean plastic in the world

In the Pacific Ocean between Hawaii and California floats a massive collection of debris that has long been accumulating trash — from fishing nets to microplastics — known to be harmful to the marine environment. For years, researchers said it might not be possible to remove the Great Pacific Garbage Patch, but now, one non-profit is proving them wrong.

The NFL is under fire. The league has reportedly found no other current team or league personnel to have sent emails containing racist, homophobic or misogynistic language other than an exchange of emails between former Las Vegas Raiders head coach Jon Gruden and then-Washington Football Team president Bruce Allen.

The New Belgium brewery in Fort Collins, Colorado, is famous for its Fat Tire ale and sizable supply of suds. But recently, CEO Steve Fechheimer decided to craft a new beer, created to highlight how climate change threatens breweries.