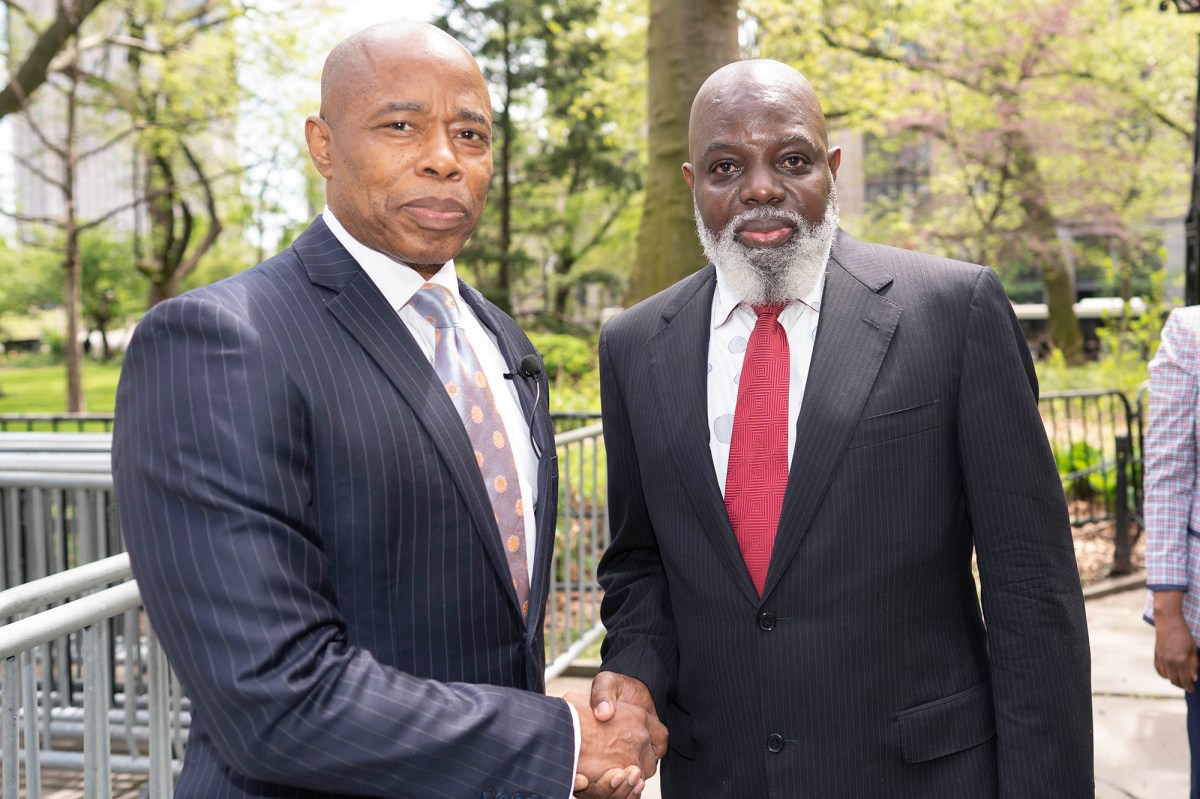 Back the NYPD — but demand better cops.

Brooklyn Borough President Eric Adams walked a tightrope over the Big Apple’s policing debate Tuesday as he promised to do more to push bad officers out of the New York Police Department while demanding protesters show more respect for the badge. He said the endorsement he scored from Abner Louima, the victim of one of the most notorious NYPD abuse cases, is a key exhibit in proving he could maintain that balance as mayor.