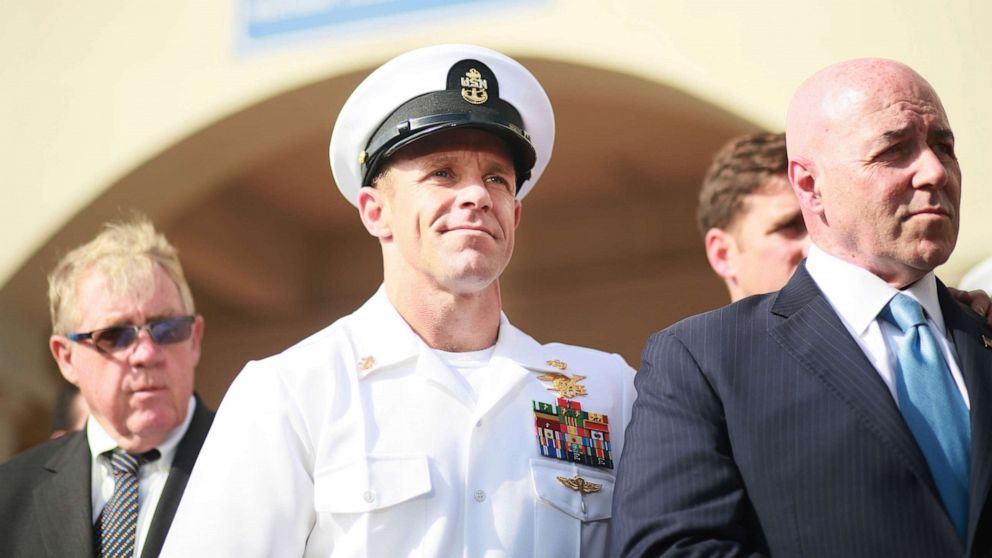 Former SEAL Eddie Gallagher makes shocking claim that ISIS detainee died as part of a plan to practice medical procedures on him and that his fellow SEALs agreed to idea.

Former Navy SEAL Eddie Gallagher, who was found not guilty of the charge of murder in the death of a young Islamic State detainee in Iraq in 2017, has made the bombshell allegation that the detainee died as part of a plan to practice medical procedures on him and that his fellow SEALs had all agreed to the idea. Gallagher, the senior enlisted leader of his SEAL platoon and a medic, provided medical care to the detainee including the insertion of a breathing tube to his throat, but denied allegations that the detainee died after he stabbed him. Until now, Gallagher has maintained his innocence and alleged that disgruntled members of his platoon had stepped forward with allegations of misconduct to frame him. "The grain of truth in the whole thing is that that ISIS fighter was killed by us and that nobody at that time had a problem with it," Gallagher said on the Apple TV+ podcast "The Line," hosted by Dan Taberski.

Man arrested for alleged sexual assault of Asian woman, suspected of other attacks