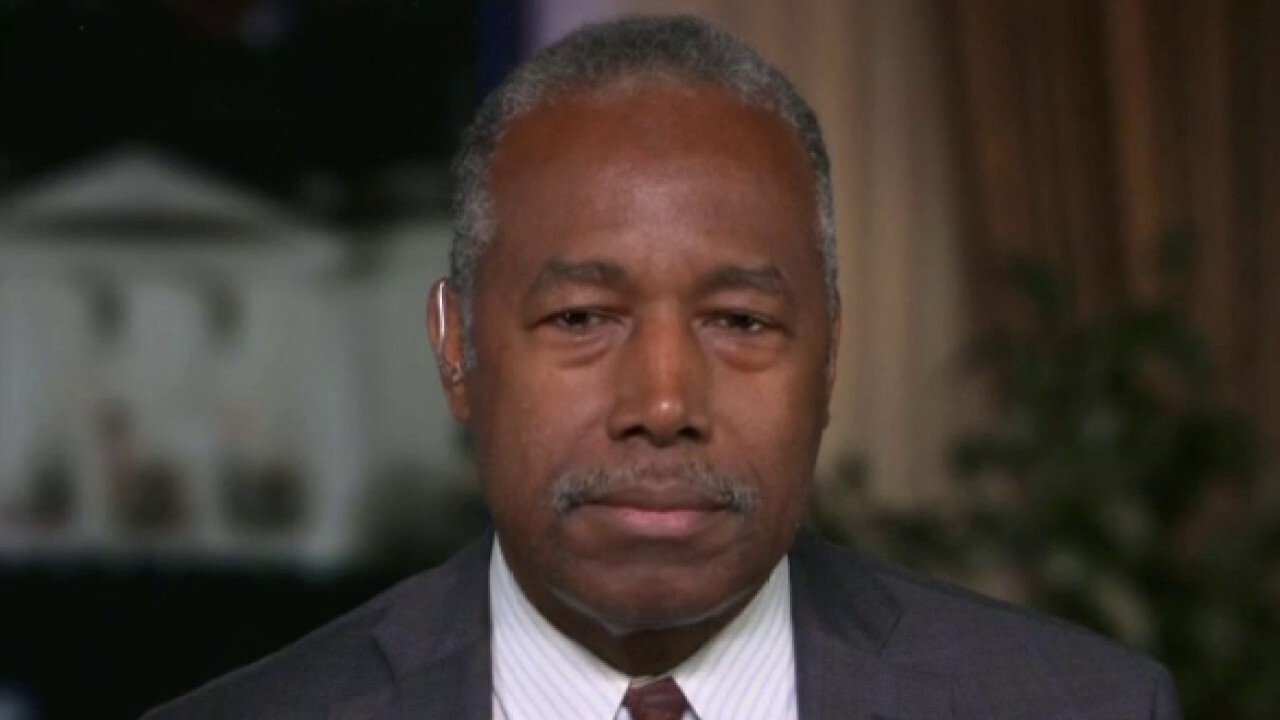 What was he talking about? He was talking about the ability to gain control of our educational system so you can indoctrinate kids, gain control of the media so that you can spoon-feed the people only what you want them to hear and exclude the things you didn't want them to hear. He was talking about replacing God, and confidence in God, with government. He was talking about raising the debt to such incredible levels that you could justify massive taxation, redistribution of wealth, and complete control by the government. We need to wake up. We need to go back and read some of the stuff that was going on decades ago when people were predicting what was going to happen, and we need to thwart it. The best way to thwart is to recognize this is the United States of America and we have to recognize those who would try to divide us. Carson also addressed the controversy over Georgia's new election law. Does he [Joe Biden] know what Jim Crow is? Have you read about the lives of people who had to suffer under that system? Not only extreme segregation, but unfairness, incredible violence that was going on. This is nothing like that. And these laws in Georgia apply to everyone. They don't specifically apply to one group of people. And I find it quite offensive for people to assume that Black people cannot get voter ID, cannot get any kind of an official ID. I don't know any Black people like that. I don't know where they are finding these people. But the fact of the matter is, Black people are just like anybody else. Tremendous progress has been made, and all of a sudden they are becoming victims because the media and politicians find it to their advantage to create those chasms.