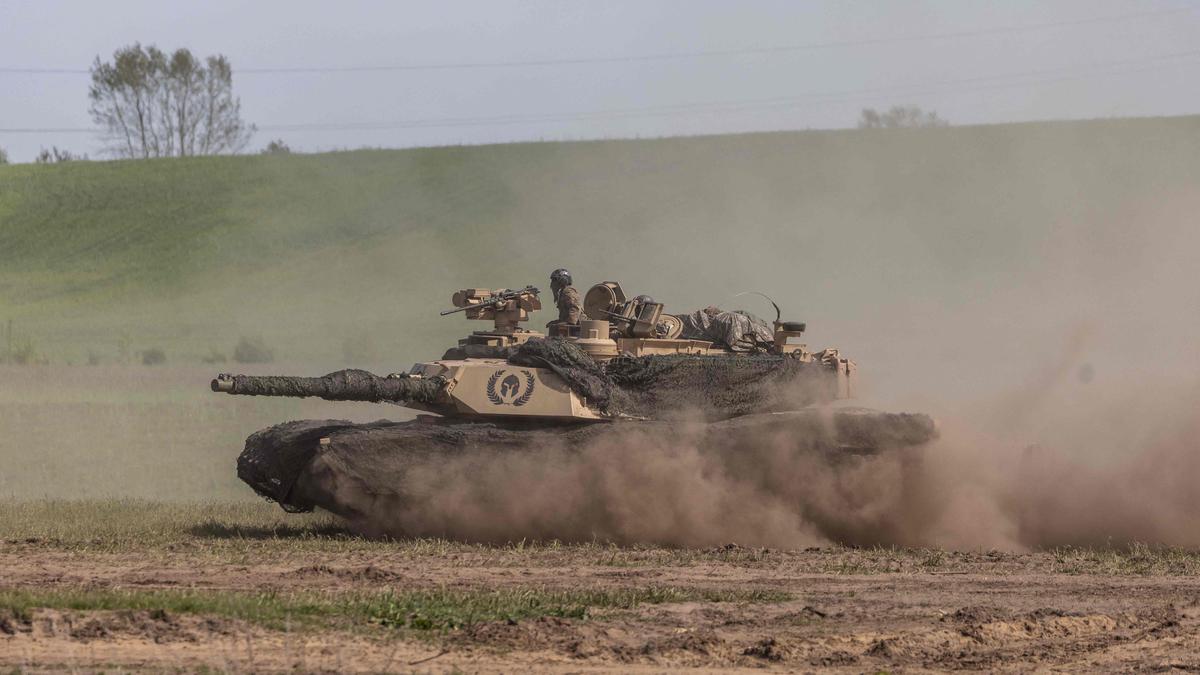 The U.S. will send 31 M1 Abrams battle tanks to Ukraine, a decision that reverses months of persistent arguments by the Biden administration that the tanks were too difficult for Ukrainian troops to operate and maintain

The U.S. will send 31 M1 Abrams battle tanks to Ukraine, senior administration officials said Wednesday, reversing months of persistent arguments by the Biden administration that the tanks were too difficult for Ukrainian troops to operate and maintain.

The U.S. decision came on the heels of Germany agreeing to send 14 Leopard 2 A6 tanks from its own stocks. Germany had said the Leopards would not be sent unless the U.S. put its Abrams on the table, not wanting to incur Russia's wrath without the U.S. similarly committing its own tanks.

Since then, both sides had participated in "good diplomatic conversations” that had made the difference and were part of the “extraordinary shift in Germany’s security policy" over providing weapons to Ukraine since Russia invaded 11 months ago, said a senior administration official, who briefed reporters Wednesday on the condition of anonymity to describe the new tank package in advance of the announcement.

The $400 million package announced Wednesday also includes eight M88 recovery vehicles — tank-like tracked vehicles that can tow the Abrams if it gets stuck.

Altogether, France, the U.K., the U.S., Poland, Germany, the Netherlands and Sweden will send hundreds of tanks and heavy armored vehicles to fortify Ukraine as it enters a new phase of the war and attempts to break through entrenched Russian lines.

But there were few answers about what U.S. tanks would be sent — whether they would be pulled from the existing stockpile of more than 4,000 Abrams and retrofitted, or whether the U.S. would use the Ukraine Security Assistance Initiative to buy new systems to possibly backfill allies who send their own or buy new systems outright for Ukraine.

Either way, using the assistance initiative funding route means that while Abrams have now been promised to Ukraine, it will likely be many months before the tanks are actually on the battlefield, and not in time for Russia's anticipated spring offensive.