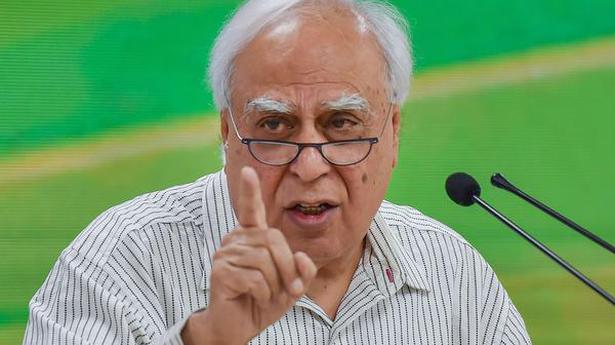 Results are a matter of concern but dealing with pandemic is a priority, says party G-23 member

The debate on the Congress’ debacle in the Assembly elections can wait as the country is faced with a national health emergency, a prominent member of the party’s group of 23 dissenters (G-23) said in an interview to The Hindu on Tuesday. Complimenting the Supreme Court for its intervention in the corona management, Mr. Sibal said it should issue a continuing mandamus — a judicial writ — asking the government to update the Court at each stage on how it is tackling the pandemic. The former Law Minister said while Prime Minister Narendra Modi was ‘busy’ addressing election rallies across the country, the Election Commission (EC) seemed “least concerned” about what would happen to people at a time of a health emergency.