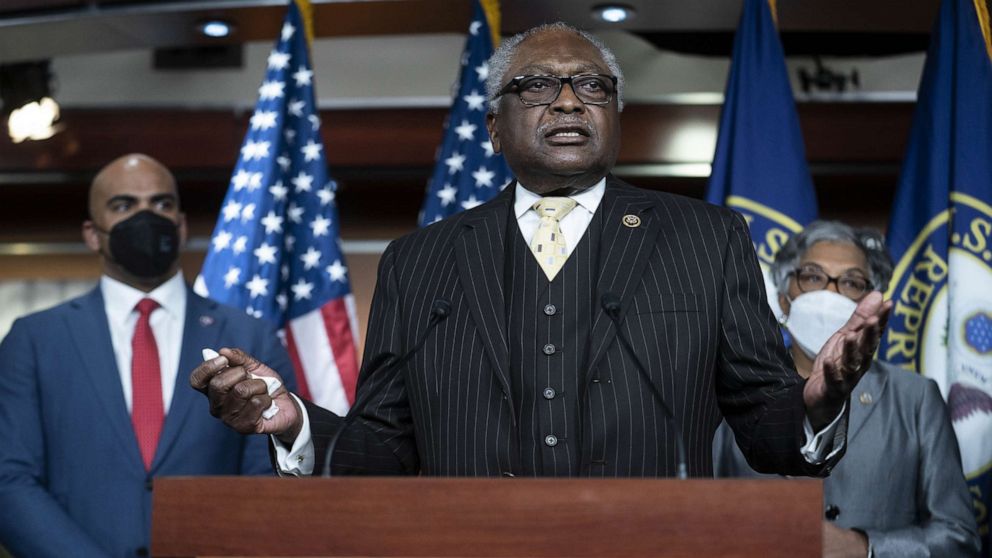 "We are going to keep pressuring on this issue. We are not going to roll over," the Majority Whip said Sunday.

Rep. Jim Clyburn, D-S.C., on Sunday asked his colleagues in the Senate who are set to vote on voting rights legislation Tuesday: "Which side are you on?" referencing the iconic union organizing song often sung during the civil rights era.

"You know, this is Martin Luther King Jr.'s weekend. I first met Martin Luther King Jr. back in 1960. And I can remember a song, if you think back, back then, 'Which Side Are You On?,'" the majority whip told ABC "This Week" co-anchor Martha Raddatz. "That song comes to mind today when I look at these senators. Which side are you on?"

"So let's have the vote so we can get a definitive answer to the question," he added.