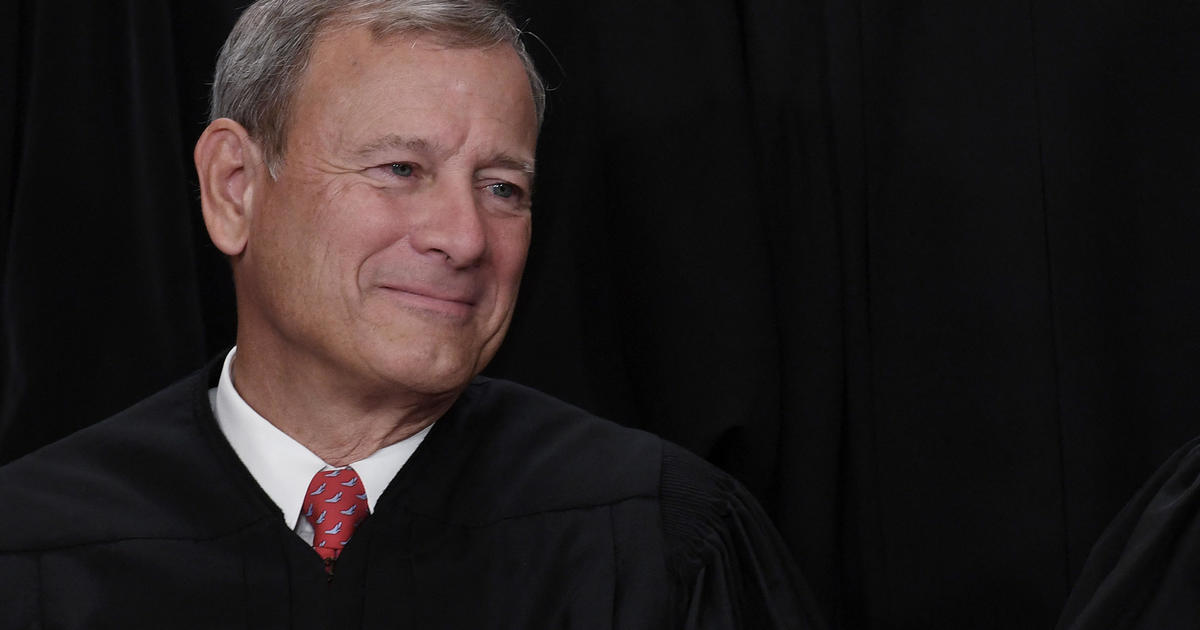 Roberts and other conservative Supreme Court justices were the subject of protests, some at their homes, after the May leak of the court's decision that ultimately stripped away constitutional protections for abortion. Justice Samuel Alito has said that the leak made conservative justices "targets for assassination." And in June, a man carrying a gun, knife and zip ties was arrested near Justice Brett Kavanaugh's house after threatening to kill the justice, whose vote was key to overturning the court's Roe v. Wade decision.

Roberts, writing in an annual year-end report about the federal judiciary, did not specifically mention the abortion decision, but the case and the reaction to it seemed clearly on his mind.

Embattled U.S. Congressman George Santos, who is accused of lying about multiple aspects of his background, including his work history, ancestry and that his mother was in the World Trade Center on 9/11, has responded to some of the accusations he faces.

Washington — The former top counterintelligence official at the FBI's New York field office has been arrested and charged with violating U.S. sanctions on Russia and money laundering, the Justice Department said Monday.

Lisa Marie Presley's daughter, Riley Keough, reveals during Graceland memorial service that she has a daughter

The husband of actress Riley Keough revealed during the late Lisa Marie Presley's memorial service on Sunday that they quietly welcomed in a daughter.

Why some Americans may get a smaller tax refund this year

Tax season is officially underway, with the IRS on Monday starting to accept and process people's 2022 returns. Yet while millions of Americans will eagerly await their refund, experts say some people may receive a smaller check than usual.

Want your tax refund ASAP? Here are 5 pitfalls that can delay your check.

The typical U.S. tax refund, which averaged $3,200 in 2022, is often the biggest check a household receives all year. And with inflation still high, some measures show that roughly a third of Americans are counting on their 2023 refund checks to make ends meet.

Former NFL player Peyton Hillis has been discharged from a Florida hospital, where he spent weeks in intensive care after saving his children from drowning in a lake, his girlfriend and sister said on social media.

Rev. Franklin Graham, one of the nation's most prominent evangelical leaders and high-profile supporters of former President Donald Trump, says he won't be endorsing anyone in the 2024 Republican primary race.

Spotify said Monday it will lay off 6% of the music streaming company's workforce, making it the latest big technology company to announce a sizable reduction in payrolls as the U.S. economy slows.

A man considered one of the chief aides to convicted drug boss Joaquin "El Chapo" Guzman pleaded guilty Friday in Chicago federal court to distributing more than 150 kilograms of cocaine and more than 30 kilograms of heroin.

Netflix's password sharing crackdown could come by the end of March

How to watch the Oscar nominations

The Los Angeles County sheriff praised the man who wrestled a weapon away from the Monterey Park shooting suspect before he could carry out a second attack — calling him a "hero" who "saved countless lives."

California Gov. Gavin Newsom is renewing his calls for stricter gun control measures following the mass shooting at a dance hall in Monterey Park on Saturday that killed at least 11 people and injured nine others.

The Federal Trade Commission on Monday ordered personal finance company Credit Karma to pay $3 million to customers the agency alleges were deceived into applying for products they weren't eligible for.

Every murder investigation "48 Hours" covers has meaning, but there are some cases we can't shake. They challenge us, haunt us, and appear in our dreams.

Three people were injured Monday in a shooting at a school in Des Moines, Iowa, on the edge of the city's downtown.

The death toll in last weekend's shooting in Monterey Park, California, rose to 11 on Monday, officials announced. The Los Angeles County Department of Health Services said in a statement one of the four victims taken to LAC+USC Medical Center for treatment has died.

Four members of the far right Oath Keepers group were convicted of seditious conspiracy Monday, found guilty of using force to prevent the peaceful transfer of power from then-President Donald Trump to Joe Biden during the Jan. 6, 2021 attack on the U.S. Capitol.