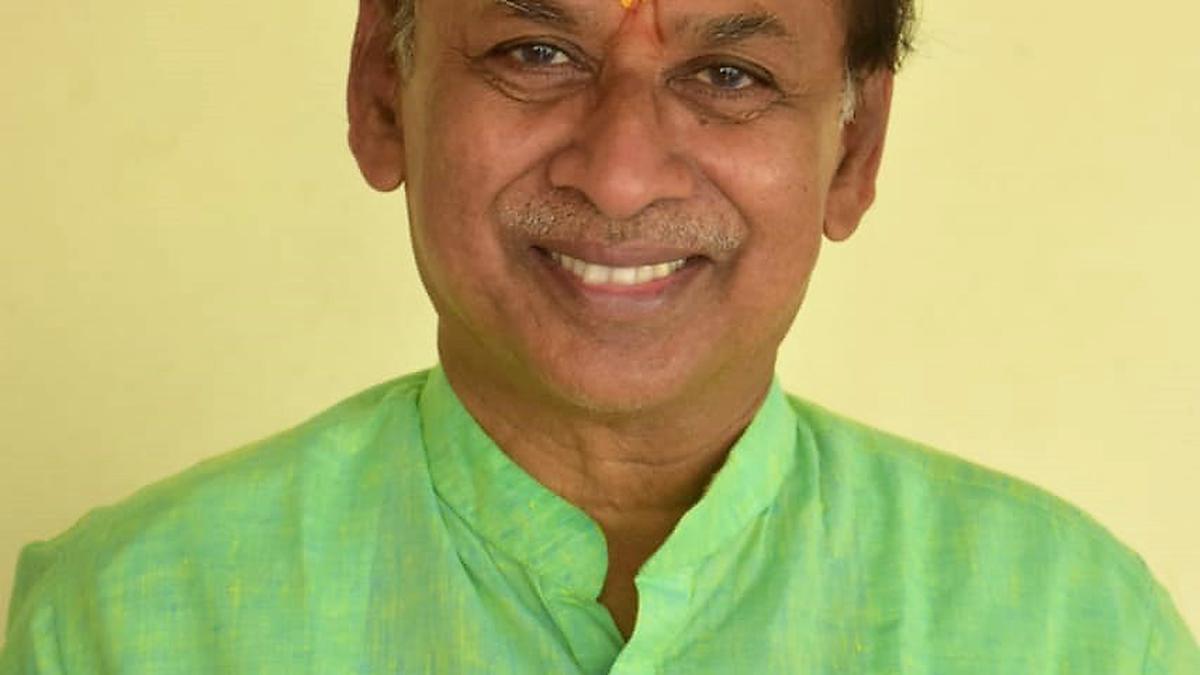 BJP MLC S.V. Sankanur has denied allegations by Kannada activists that the Union government is imposing Hindi on Karnataka or any other State.

“Some people are alleging that the Central government is imposing Hindi on Karnataka. It is not true. There is absolutely no truth in the allegation,’’ Mr. Sankanur said at a session on New National Education Policy at the Kannada Sahitya Sammelan in Haveri on Sunday.

However, one of the resolutions passed unanimously at the sammelan says that it is opposed to the imposition of Hindi by the Union government.

“It is not true that NEP favours only Hindi. On the contrary, K. Kasturi Rangan, head of the NEP Committee, has recommended that the policy of providing education to students in their mother tongue till fifth standard has to be extended to eighth standard, he said.

“I am closely involved with the implementation of the NEP. I can tell you very confidently that there are no provisions to impose Hindi on Karnataka or any other State. It is perfectly aligned with the three language formula that was adopted in the 1986 National Education Policy,” he said.

He said that he was very happy to announce that the Basavaraj Bommai government has decided not to close down government schools with zero attendance or low attendance in the State.

Weighing pros and cons of setting up desalination plant in Puducherry

Though there is a case for alternative mode, only 40% water could be purified for consumption through the plant, says PWD Minister K. Lakshminarayanan

‘Printing error’ raises many questions over AIADMK-led alliance in byelection

The banner at the AIADMK election office in Erode leaves out images of BJP leaders; Jayakumar says clear picture will emerge only after alliance composition is finalised

Governor’s address to be followed by presentation of budget, most likely on February 6

While the results are yet to be fully declared, the MVA is in driver’s seat with the ruling BJP managing to win only the Konkan teachers’ constituency

‘Experience shows that in most cases, the people who are associated with the drug trade, etc., are in all likelihood substance abusers as well’

Nagaland: 15 MLAs miss out from NDPP list of candidates

Abubacker has filed the appeal challenging a trial court order that refused to release him on medical grounds.

WRD to initiate digital survey of Cooum, Adyar for marking the boundaries

Green court has also formed a nine-member committee to suggest remedial measures for preventing environmental damage to the town, one of the most visited tourist destinations in the State

Cut in MGNREGS outlay is not a concern: Finance Secretary Somanathan

Since MGNREGA is a demand-driven scheme, the Finance Secretary said that Budget allocations will be revised upwards during the year if there is a higher demand.

The Home Minister has assured the Democratic Azad Party leader that small land holders will not be harassed, a party spokesman said.

It directed the man to pay ₹5,000 as maintenance and ₹1,000 for rent of his ex-wife’s separate residence

The EAC has recommended the proposal for CRZ clearance subject to certain conditions, including construction of piers in areas crossing the river in consultation with the State PWD

It has failed to provide adequate passenger amenities in coastal Karnataka, say passenger committees of DK and UK