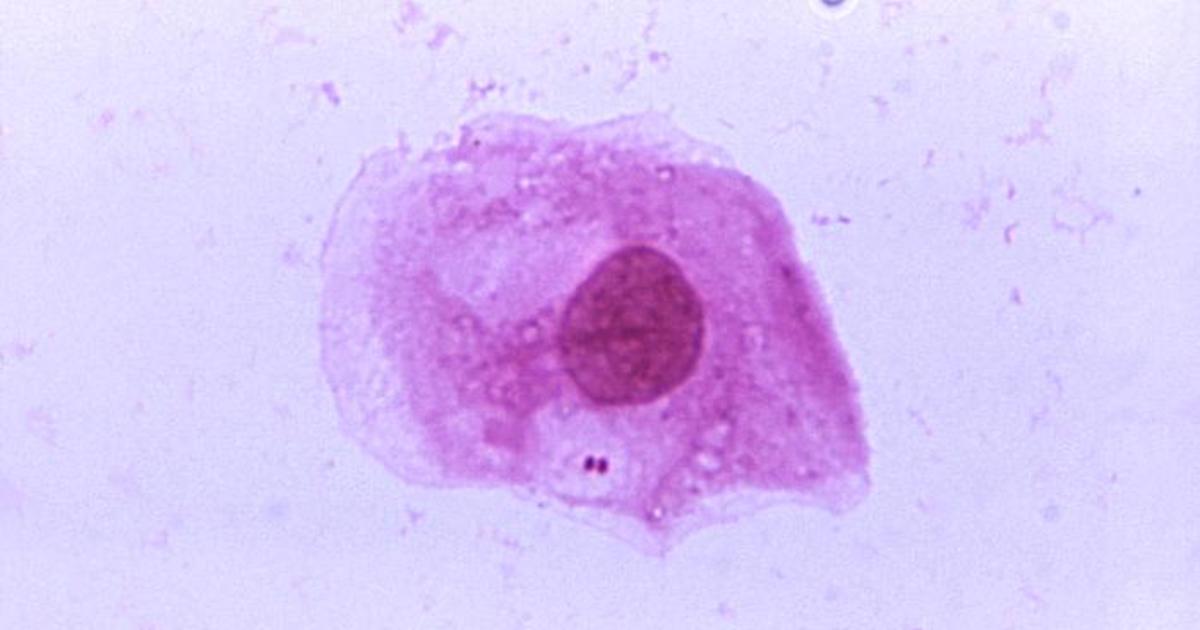 Health officials on Wednesday recommended that men in Florida who have sex with other men get a meningococcal vaccine following what the Centers for Disease Control and Prevention called "one of the worst outbreaks of meningococcal disease among gay and bisexual men in U.S. history."

The CDC said in a statement that there have been at least 24 cases and seven deaths among gay and bisexual men caused by the bacteria in Florida recently. The CDC also recommended that gay and bisexual men traveling to Florida should ask their health care provider about getting the vaccine.

"Because of the outbreak in Florida, and the number of Pride events being held across the state in coming weeks, it's important that gay and bisexual men who live in Florida get vaccinated, and those traveling to Florida talk to their healthcare provider about getting a MenACWY vaccine," said José Romero, director of the National Center for Immunization and Respiratory Diseases.

Bette Midler defended herself against online backlash Tuesday after a tweet posted over the weekend sparked criticism on social media, with thousands of users calling her comments anti-transgender and exclusionary.

Washington — Pat Cipollone, who served as White House counsel under former President Donald Trump, has reached an agreement to appear Friday before the House select committee investigating the Jan. 6 assault on the Capitol, two sources familiar with the matter tell CBS News.

A former president of USA Softball was charged in April with committing sex offenses involving a child, California authorities said Tuesday. John Gouveia, 61, of Castro Valley, California, was arrested on April 14 on eight felony counts of lewd lascivious act with a child under the age of 14, according to a release from the Sacramento County Sheriff's Office.

The Dallas Cowboys sparked criticism on social media after announcing a marketing agreement with a gun-themed coffee company that sells blends called "AK-47 Espresso," "Silencer Smooth" and "Murdered Out."

Amazon Prime members get free Grubhub+ subscription for a year

Amazon Prime now comes with another perk: free food delivery for a year.

The Department of Justice on Tuesday sued Arizona over a new law requiring people who use a federal form to register to vote to provide additional proof of citizenship if they want to vote for president or using the state's popular vote-by-mail system.

Washington — With the Justice Department's recent warning to states not to ban a federally approved drug that induces an abortion after the Supreme Court overturned Roe v. Wade, the Biden administration signaled that medication abortion may be the next front in the fight to preserve abortion rights in states that are curtailing access.

A population of an invasive fly from Asia has been discovered in North Carolina for the first time, confirming a prediction from agriculture experts that it was only a matter of time before the potentially destructive pest reached the state.

New York — American ice cream brand Ben & Jerry's said Tuesday it is suing its parent company Unilever to block a move that would see its product sold in West Bank settlements, which would run counter to its values. The company, known for its political activism, took the unusual step seeking an injunction after London-based Unilever last week announced it had sold its interest in the ice cream brand to Israeli license-holder Avi Zinger.

In this episode of Intelligence Matters, host Michael Morell speaks with Heather Conley, president of the German Marshall Fund of the United States, about Russia's use of "strategic conservatism" to exploit divisions with and within the West. Conley explains how Russian President Vladimir Putin has leveraged the support of the leadership of the Russian Orthodox Church to portray himself as a global defender of conservative values. Conley and Morell also discuss how the Russian Orthodox Church has undermined its own objective of ecumenism by alienating those who oppose Russia's invasion of Ukraine.

The Food and Drug Administration and Juul agreed Wednesday to put their court fight on hold while the government conducts more review of the company's electronic cigarettes. The agreement comes one day after the FDA placed a hold on its initial order banning Juul's products from the market, saying that Juul's application warranted "additional review."

The 21-year-old suspect in the Highland Park Fourth of July parade shooting showed no emotion during his virtual court appearance on Wednesday.

A police officer armed with a rifle watched the gunman in the Uvalde elementary school massacre walk toward the campus but did not fire while waiting for permission from a supervisor to shoot, according to a sweeping critique released Wednesday on the tactical response to the May massacre.

Federal Reserve officials were concerned at their meeting last month that consumers were increasingly anticipating higher inflation, and signaled that much higher interest rates could be needed to restrain price increases.

British Prime Minister Boris Johnson battled to remain in office Wednesday, brushing off calls for his resignation after two top ministers and a slew of junior officials said they could no longer serve under his scandal-plagued leadership.

Worries of a global recession are pummeling the price of oil, and should those fears be realized this year crude could cave to $65 a barrel, according to Citigroup.

New rules proposed by the Biden administration on Wednesday would make it easier for borrowers to get their federal student debt forgiven through several existing programs.

A House Republican accused the Treasury Department in a letter Wednesday of running interference for the White House in an effort to stymie efforts to investigate Hunter Biden's finances.

Police in Richmond, Virginia, said Wednesday that they thwarted a planned July 4 mass shooting after receiving a tip that led to the arrest of two men and the seizure of multiple guns — an announcement that came just two days after a deadly mass shooting on the holiday in a Chicago suburb.

A defense attorney for the Oath Keepers founder Stewart Rhodes said Wednesday that members of the group accused of seditious conspiracy will seek a postponement of their upcoming criminal trials amid the Jan. 6 committee's public hearings.

Sign language interpreters, light shows and technology intended to broaden the experience for those hard of hearing are some of the elements that the band Coldplay incorporates in their concerts to create a more inclusive audience experience. The seven-time Grammy Award-winning British rockers are currently on tour with shows scheduled across the world.

The Biden administration and pro-immigrant advocates on Wednesday urged a panel of federal appellate judges to preserve an Obama-era policy that provides work authorization and deportation protection to hundreds of thousands of unauthorized immigrants who arrived in the U.S. as children.