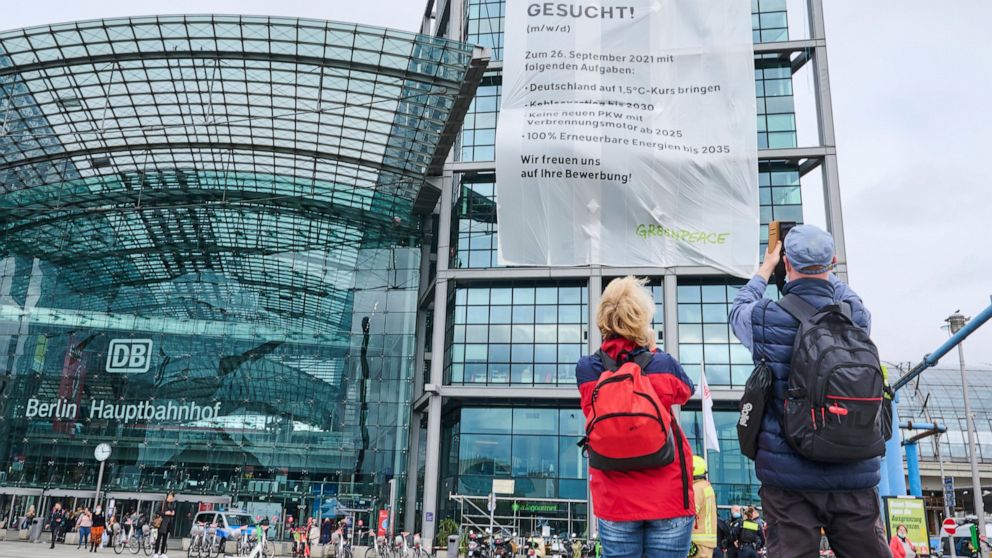 Environmental campaigners are pressing for Germany’s next chancellor to take strong action against climate change, including by bringing forward the country’s coal phase-out and banning new gasoline vehicles from 2025

BERLIN -- Environmental campaigners pressed Friday for Germany's next chancellor to take strong action against climate change, including by bringing forward the country's coal phase-out and banning new gasoline vehicles from 2025.

With 9 days to go before the German election, Greenpeace activists unfurled a three-story banner on Berlin's main train station designed as a vacancy ad seeking a new “climate chancellor.”

Outgoing German leader Angela Merkel was herself at times known as the “climate chancellor,” but has come under criticism from campaigners for shying away from measures that might hurt powerful interest groups such as Germany's auto industry.

The Greenpeace ad also urges the next chancellor to put Germany on course for 100% renewable energy by 2035.