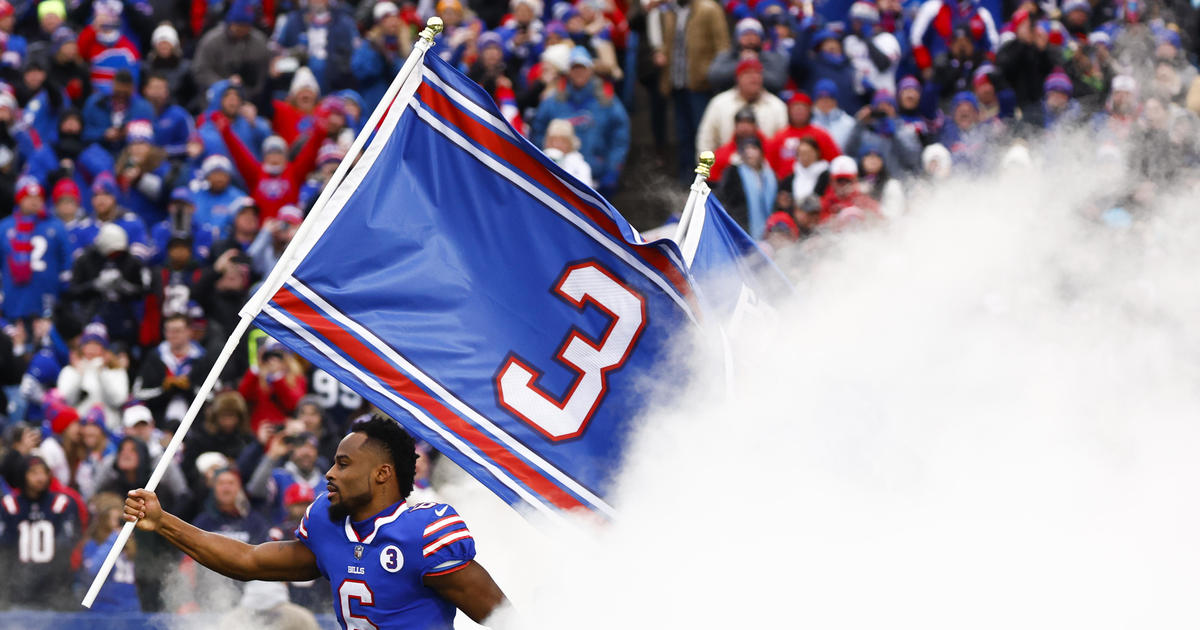 The Buffalo Bills returned to the field Sunday for the first time since safety Damar Hamlin suffered an on-field cardiac arrest, and in a play that seemed plucked from a movie, returned the opening kickoff for a touchdown in front of a packed house filled with tens of thousands of fans who erupted in celebration.

On the first play of the game against the New England Patriots, running back Nyheim Hines took the kickoff 96 yards to the house to give Buffalo an early 7-0 lead.

Shortly before the game got underway, Hamlin, who made his first public comment on Saturday, tweeted a photo of himself and family preparing to watch the matchup from his hospital bed. He followed that up shortly after the opening touchdown with another tweet:

In divided nation, Americans do agree on this: Biden should talk about economy — CBS News poll

The state of our union is … ?  People still think democracy and the rule of law in the U.S. is threatened. (That may go hand in hand with the tough overall assessments of the nation.)

The Department of Defense on Monday revealed the size of the suspected Chinese spy balloon that the U.S. shot down over the Atlantic Ocean this weekend – and it turns out it was bigger than the Statue of Liberty. The balloon is believed to have been up to 200 feet tall, officials said, a height taller than New York's iconic monument, which measures just over 151 feet tall from the top of its base to its torch.

Beware these 5 financial red flags in a romantic partner

Thinking of moving your romantic relationship to the next stage this Valentine's Day? It may be wise to consider one aspect of your partner that can make or break a couple: a person's money habits.