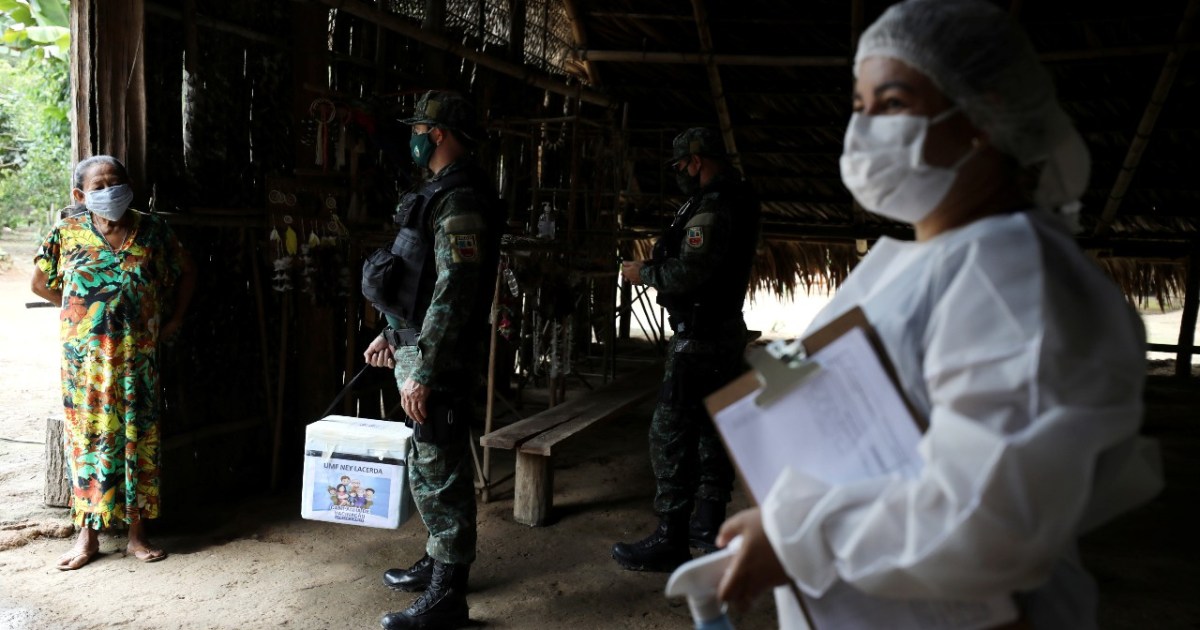 Health Minister Eduardo Pazuello sounds alarm as he suggests that vaccine works against new variants without providing evidence for claims.

A coronavirus variant identified in the Brazilian Amazon may be three times more contagious but early analysis suggests vaccines are still effective against it, the country’s health minister said on Thursday, without providing evidence for the claims. Under pressure as the variant hammers the jungle city of Manaus with a devastating second wave of infections, Health Minister Eduardo Pazuello sought to reassure legislators that the surge of recent months was unexpected but coming under control. He also told a Senate hearing that Brazil would vaccinate half its eligible population by June and the rest by the end of the year – an ambitious target as the country has barely guaranteed doses for half the population.