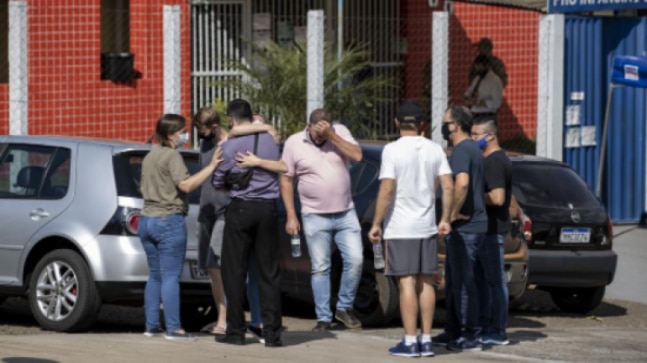 Armed with a knife, an 18-year-old entered a day care centre in Brazil's Saudades and killed several children and at least one teacher on Tuesday.

Officials in southern Brazilian say an attacker killed several children and at least one teacher at a day care centre in the city of Saudades on Tuesday. Municipal education secretary Gisela Hermann described “a scene of terror” at the school in an interview with the online G1 news site. "There was a guy lying on the floor, but still alive, a dead teacher, a dead child too,” she said. The police department had no immediate statement, but O Globo, Folha de S Paulo and G1 reported three children and two teachers had been killed.

Cat jumps from 5th floor of burning building in Chicago. Viral video shows what happened next