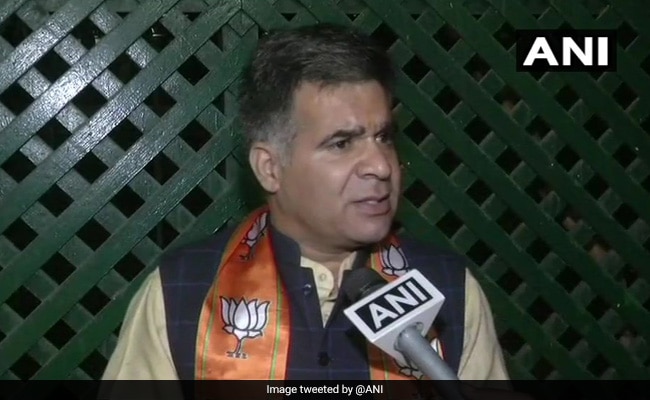 Lashkar-e-Taiba terrorist who was caught in Reasi in Jammu and Kashmir, was reported to have connections with the Bharatiya Janata Party.

Alleging that the recently arrested Lashkar-e-Taiba (LeT) terrorist was part of a "new terror plan" to target the party and its leaders in Jammu and Kashmir, BJP on Tuesday demanded a probe into the matter by the National Investigation Agency (NIA).

The demand was made after a top terrorist named Talib Hussain Shah, who was caught in Reasi in Jammu and Kashmir, was reported to have connections with the Bharatiya Janata Party.

Facing flak over the issue, the BJP on Tuesday issued a show-cause notice to its Jammu Minority Morcha president Sheikh Bashir after an order purportedly written by him regarding the appointment of Shah as an official in the unit was shared on social media platforms.

Police has widened its probe into the terrorist's case by investigating into various aspects of security in the region. He was briefly associated with a political party and also posed himself as a mediaperson, J&K Director General of Police (DGP) Dilbag Singh said on Monday.