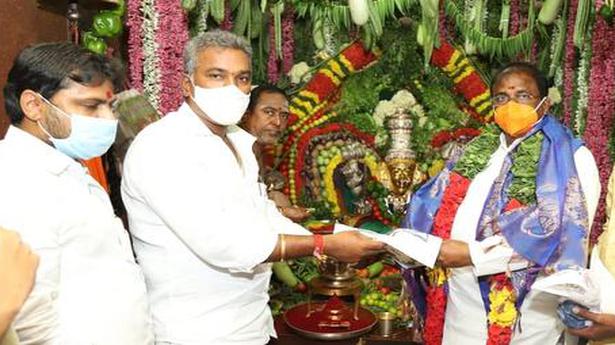 The region has been bearing the brunt of negligence: Somu Veerraju

The Bharatiya Janata Party (BJP) has accused the YSR Congress Party and the Telugu Desam Party (TDP) of neglecting the Rayalaseema region, saying that the successive governments of the parties in the State are reponsible for the ‘perennial backwardness’ of the region. Addressing the media as part of his campaign for the byelctions to the Tirupati Lok Sabha constituency here on Tuesday, BJP State president Somu Veerraju said that the Rayalaseema region had become synonymous to drought and famine-like conditions.

Additional beds to come up in Coimbatore

‘Medicine from the sky’ pilot at Vikarabad area hospital