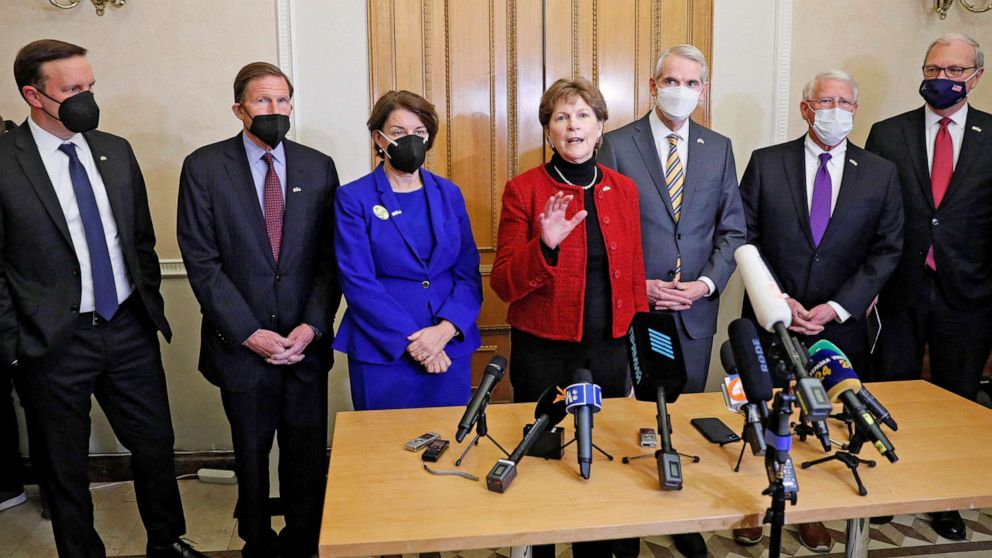 Seven bipartisan senators are in Ukraine to meet with President Zelenskyy and officials to reaffirm the U.S.' commitment to Ukraine as Russian troops amass at the border.

A bipartisan group of seven U.S. senators arrived in Ukraine Monday to meet with President Volodymyr Zelenskyy and other officials in what they say is a show of commitment to the country as an "increasingly belligerent Russia" bears down on its border.

Shaheen said in a tweet the meeting was productive and made clear that "Putin will not be allowed to target our Eastern European partners and allies w/o consequences."

ABC News Senior Foreign Correspondent Ian Pannell met up with Sens. Shaheen and Murphy in Kyiv to discuss the purpose of their trip.