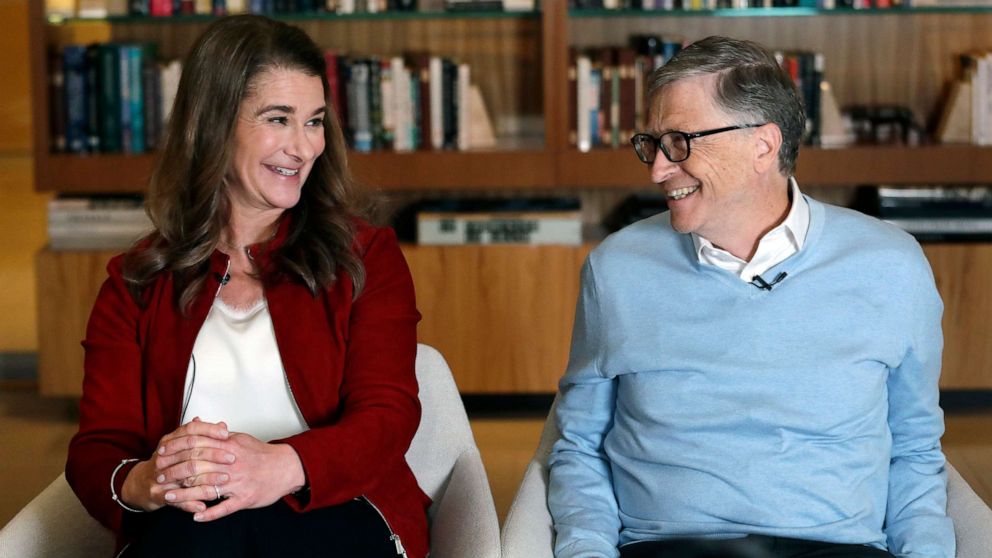 Bill and Melinda Gates are divorcing after nearly three decades of marriage.

Bill and Melinda Gates announced Monday that they are divorcing after nearly three decades of marriage but said they will keep working together at their private charitable foundation, one of the largest in the world. "After a great deal of thought and a lot of work on our relationship, we have made the decision to end our marriage," they said in identical statements posted to their Twitter accounts. "Over the last 27 years, we have raised three incredible children and built a foundation that works all over the world to enable all people to lead healthy, productive lives. We continue to share a belief in that mission and will continue our work together at the foundation, but we no longer believe we can grow together as a couple in this next phase of our lives. We ask for space and privacy for our family as we begin to navigate this new life." The Microsoft co-founder and his wife will remain co-chairs and trustees of the Bill & Melinda Gates Foundation, according to a spokesperson for the Seattle-based organization. "No changes to their roles or the organization are planned," the spokesperson told ABC News in a statement Monday. "They will continue to work together to shape and approve foundation strategies, advocate for the foundation’s issues, and set the organization’s overall direction."

Romania-built plane used by Ceausescu going up for auction

Biden to spotlight electric vehicle future he sees for US

Changed by pandemic, many workers won't return to old jobs