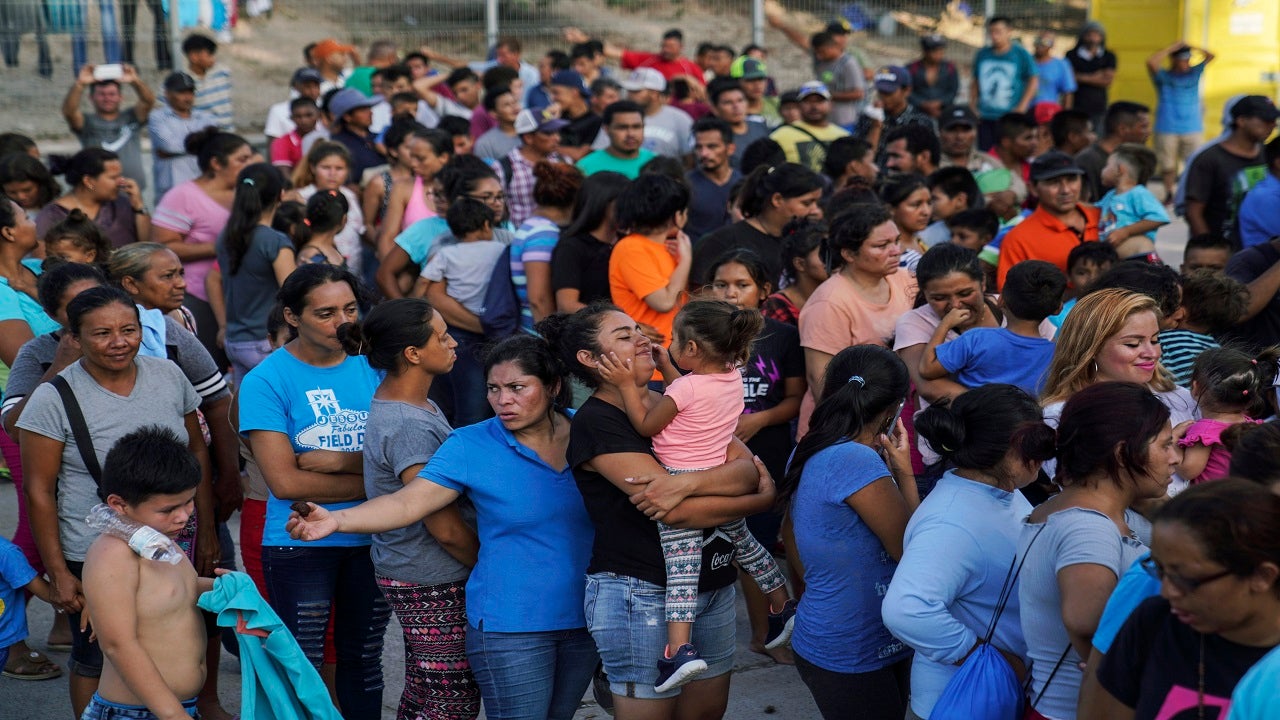 Around 25,000 asylum-seekers who were ordered under former President Donald Trump to wait in Mexico while U.S. immigration courts processed their requests will now be allowed to cross the border starting next week, the Biden administration announced Friday.

"As President Biden has made clear, the U.S. government is committed to rebuilding a safe, orderly, and humane immigration system," Secretary of Homeland Security Alejandro Mayorkas said in a statement. "This latest action is another step in our commitment to reform immigration policies that do not align with our nation’s values."    American Conservative Union Chair Matt Schlapp and Squared Communications CEO Michael Meehan react on 'America's Newsroom' Former Trump senior adviser Stephen Miller provides insight into the Biden administration’s immigration policies on ‘Fox and Friends.’ The Biden administration estimates that around 25,000 individuals enrolled in the protocols still have active cases.