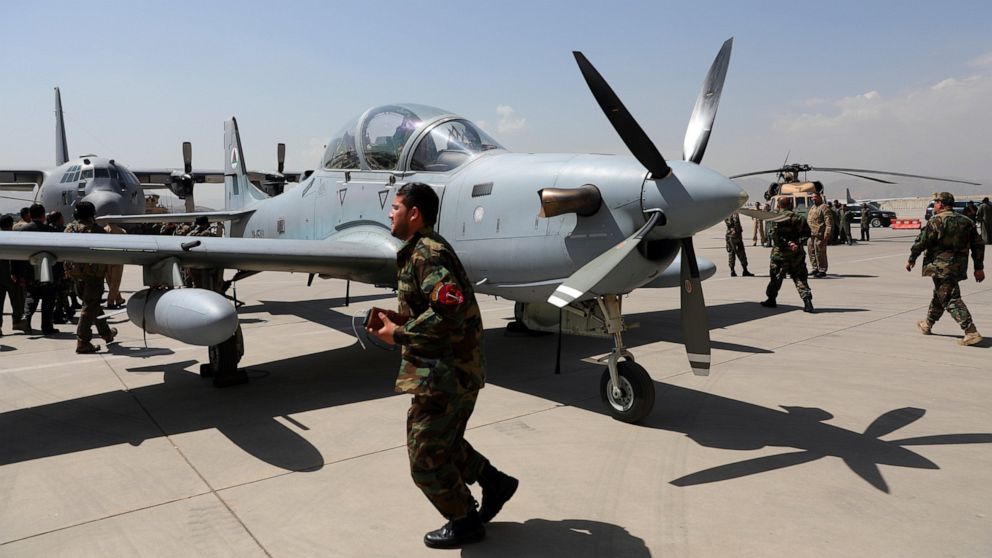 A year-old report by Washington's Afghanistan watchdog has now been declassified and shows that it warned back in early 2021 that the Afghan air force would collapse without critical U.S. aid and training

The report by the Special Inspector General for Afghanistan Reconstruction John Sopko, submitted to the Department of Defense in January 2021, underscores that American authorities had been alerted that Afghanistan’s air force did not have the capabilities to survive after a U.S. withdrawal. In particular, the report points to U.S. failure to train Afghan support staff, leaving the air force unable to maintain its aircraft without American contractors.

U.S. air support to government forces was key in the 20-year-war against Taliban insurgents. Its removal — along with the inability of the Afghan air force to fill the void — was one factor that contributed to the Taliban’s sweeping victory as the Americans withdrew.

The inspector general’s office told The Associated Press on Monday that it is rare for SIGAR reports to be classified but when they are, a declassified version is issued by the Pentagon in under two months. The office said it did not know why it took the Defense Department more than a year before declassifying this particular report, or why it did so now, five months after the Taliban took power.

The head of the U.N.’s World Food Program is telling billionaires it’s “time to step up” as the global threat of food insecurity rises because of Russia’s war in Ukraine

EXPLAINER: Why were Japanese abducted by North Korea?

U.S. President Joe Biden has met with families of Japanese citizens abducted by North Korea decades ago to show his support for their efforts to win the return of their loved ones

Ukrainian President Volodymyr Zelenskyy is calling for “maximum” sanctions against Russia during a virtual speech at the World Economic Forum gathering in Davos, Switzerland

The latest edition of the World Economic Forum has kicked off in Davos, Switzerland

Albanese sworn in as PM in Australia ahead of Tokyo summit

Migrant back home after 7 years in Mexico jail unsentenced

Iran building collapse kills 11 as mayor and others detained

Iranian media say the death toll from the collapse of a commercial building still under construction in southwestern Iran has reached 11, after more bodies were retrieved from the rubble in the city of Abadan

South Africa’s neutral stance on Russia’s war in Ukraine will be a major topic of conversation as German Chancellor Olaf Scholz meets Tuesday with South African President Cyril Ramaphosa, to end his three-nation tour of Africa

200 bodies found in Mariupol as war rages in Ukraine's east

'Never have I been so ashamed': Russian envoy criticizes war

A veteran Russian diplomat to the U.N. Office at Geneva says he handed in his resignation before sending out a scathing letter to foreign colleagues inveighing against the “aggressive war unleashed” by President Vladimir Putin in Ukraine

A sandstorm has blanketed parts of the Middle East including Iraq, Syria, Iran, Kuwait and Saudi Arabia