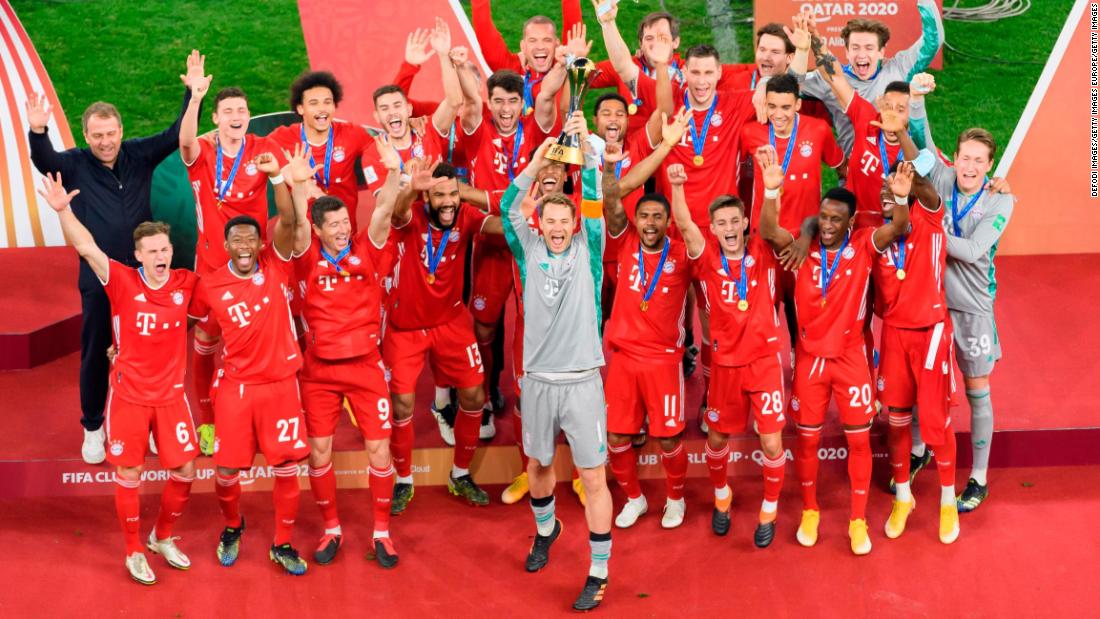 Bayern Munich claimed a sixth trophy in 12 months with a 1-0 victory over the Tigres in the Club World Cup final.

Benjamin Pavard's second-half goal ensured the German side continues its remarkable run under Hansi Flick, adding to the Champions League, UEFA Super Cup and three domestic titles all won in the space of a year -- an achievement only previously matched by Barcelona in 2009. As expected, Bayern enjoyed far more attacking chances than Mexican side Tigres, the first CONCACAF side to reach the Club World Cup final, at the Khalifa International Stadium in Qatar.