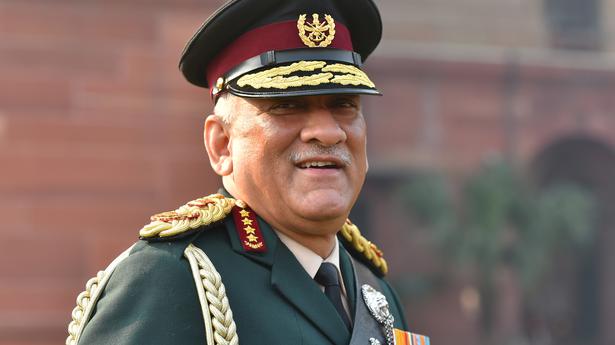 The government is reassessing the concept of the Chief of Defence Staff (CDS) and the Department of Military Affairs (DMA) to fix overlaps in the system and streamline the process due to which there has been a delay in the appointment of a new CDS, according to official sources.

“On higher military reforms, based on the experience so far, somewhere the government realised that appointment of CDS in itself wasn’t enough. There are lot of issues related to equivalence of status, responsibilities and so on. This made the government pause, look back and reassess the entire reform process,” one official said on condition of anonymity. “There is dichotomy at various ends that needs to be streamlined… various options are being looked at. Currently downside of appointing a CDS is more than not having one,” the official stated.

In December 2019, the government approved the creation of the post of CDS who would also function as the Principal Military Adviser to Defence Minister and Permanent Chairman Chiefs of Staff Committee (CoSC). In addition, the DMA was created as the fifth department in the Ministry of Defence (MoD) with the CDS functioning as its Secretary.

The creation of DMA was unexpected, and it took time to settle down, the official said elaborating that initially and till now there are legacy issues of work distribution between DMA and the Department of Defence (DoD), headed by the Defence Secretary. “Coordination mechanisms are not standardised and accepted by both sides,” the official stated adding, Gen Bipin Rawat by his experience gave a direction to the process.

Gen. Rawat who served as the 26th Chief of Army Staff took over as the country’s first CDS on January 1, 2020. He, his wife Madhulika Rawat and 12 others were killed as the Indian Air Force (IAF) Mi-17V5 helicopter, which was en route from Sulur to the Defence Services Staff College, Wellington, crashed in the Nilgris in Tamil Nadu on December 08, 2021. The post of CDS has been lying vacant since.

The broad mandate given to the CDS includes bringing about jointness in “operations, logistics, transport, training, support services, communications, repairs and maintenance of the three Services, within three years of the first CDS assuming office.”

The gazette as well as the responsibilities are “ambitious”, two official sources noted. One of them stated that to finish the process of theatrisation in three years which were “overambitious”, lot of things were fast-tracked. “So, it did not get the support it needed from the Services and MoD.”