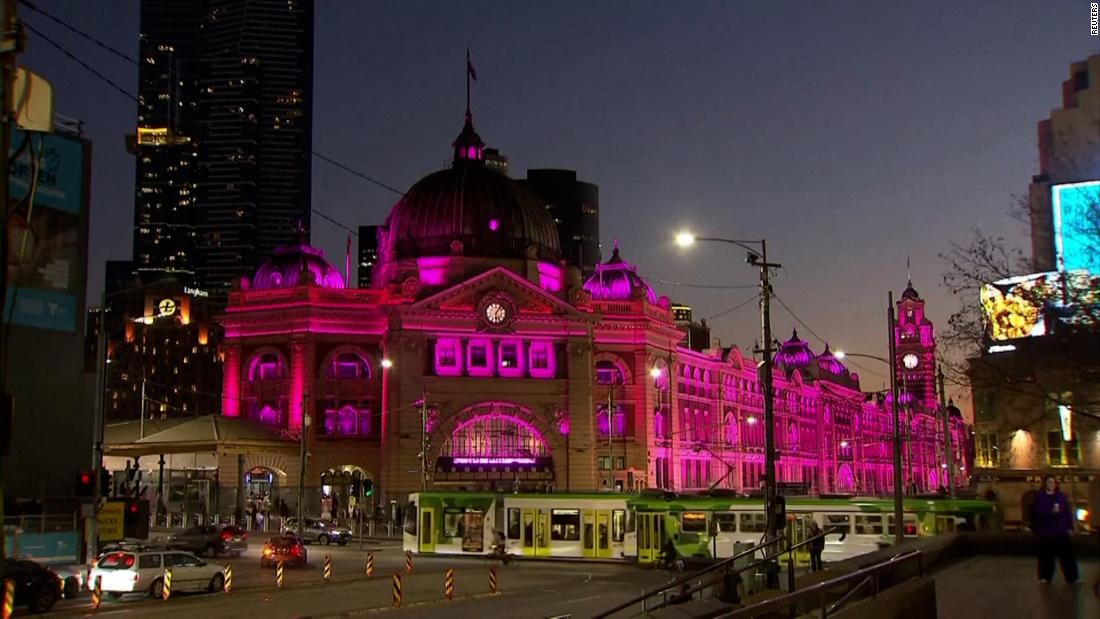 Other Australian landmarks including Optus Stadium in Perth and Flinders Street railway station in Melbourne glowed pink Tuesday night in memory of the performer who was born in the United Kingdom but became one of Australia's most-loved celebrities.