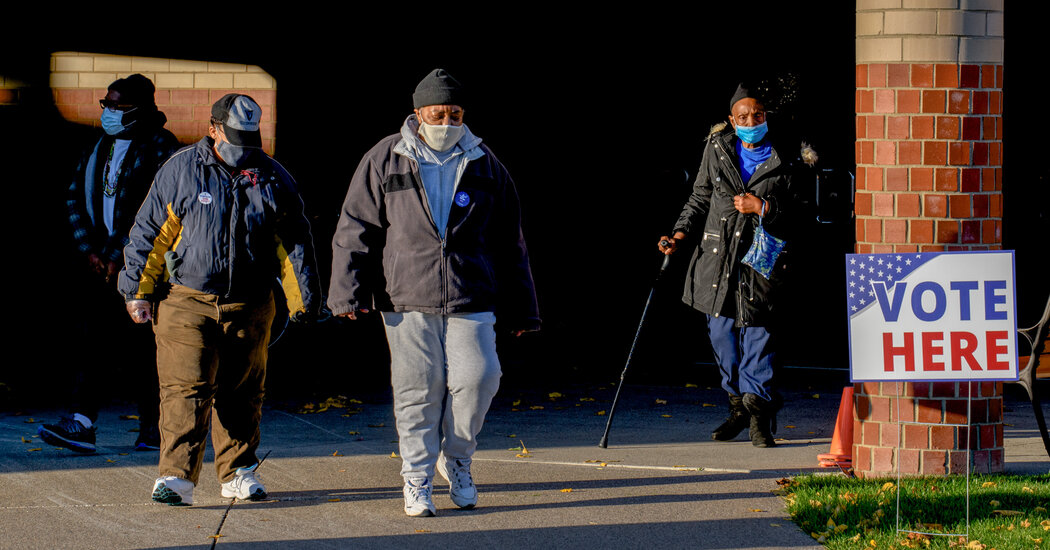 State Republicans pushing a new voting law are threatening to use a rarely invoked option to circumvent a promised veto by the governor. And Michigan businesses are trying to get out ahead of the issue.

At first glance, the partisan battle over voting rights in Michigan appears similar to that of many other states: The Republican-led Legislature, spurred by former President Donald J. Trump’s lies about election fraud, has introduced a rash of proposals to restrict voting access, angering Democrats, who are fighting back. But plenty of twists and turns are looming as Michigan’s State Senate prepares to hold hearings on a package of voting bills beginning Wednesday. Unlike Georgia, Florida and Texas, which have also moved to limit voting access, Michigan has a Democratic governor, Gretchen Whitmer, who said last month she would veto any bill imposing new restrictions. But unlike in other states with divided governments, Michigan’s Constitution offers Republicans a rarely used option for circumventing Ms. Whitmer’s veto. Last month, the state’s Republican chairman told activists that he aimed to do just that — usher new voting restrictions into law using a voter-driven petition process that would bypass the governor’s veto pen.