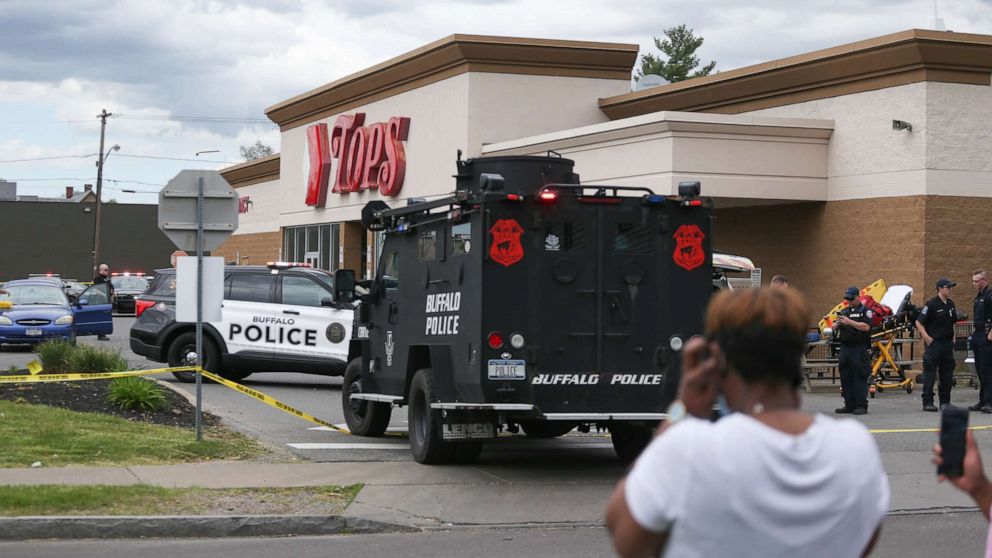 As many as 10 people are dead after a mass shooting at a supermarket in Buffalo, New York, multiple law enforcement officials briefed on the incident confirmed to ABC News.

"Multiple people" were struck by gunfire at a Tops supermarket, the Buffalo Police Department said on social media while urging people to avoid the area.

A suspect is in custody, police said. His condition was not immediately clear.

The suspect was wearing military fatigues, the sources said.