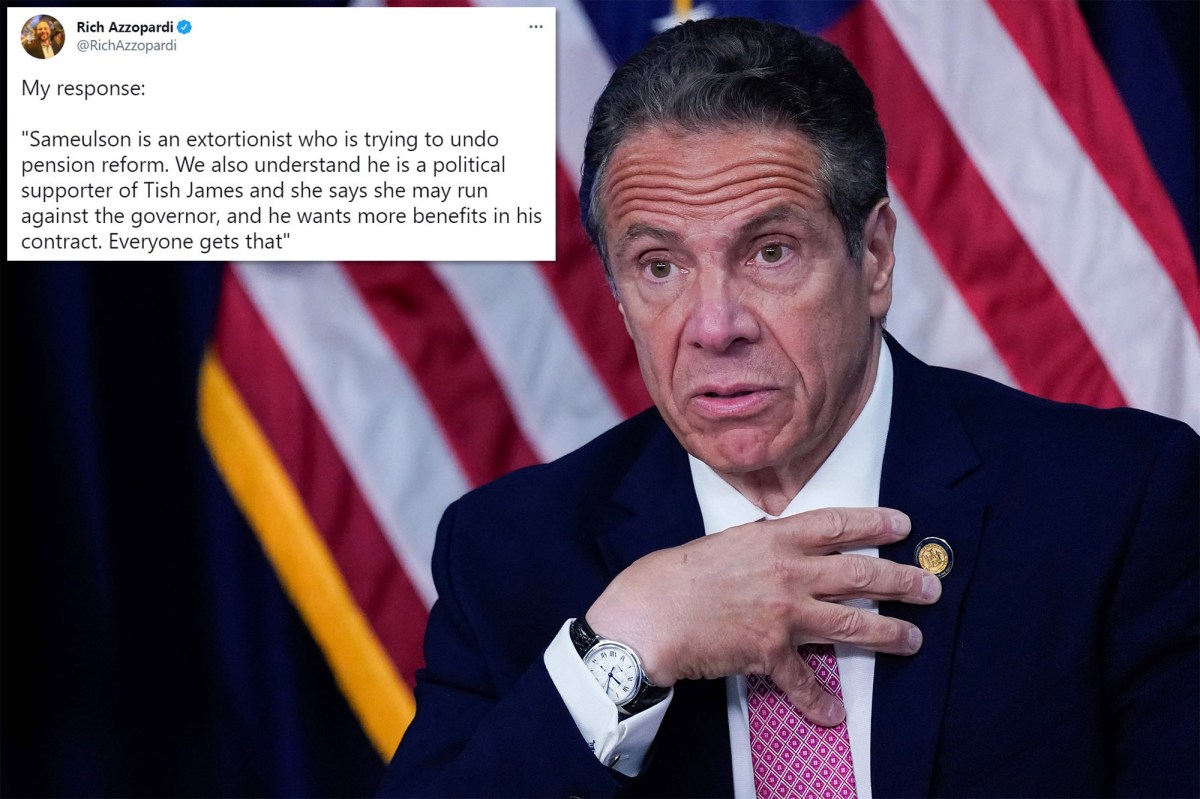 Gov. Andrew Cuomo faces “severe repercussions” over a tweet in which his spokesman suggested a sexual harassment probe of his boss was politically motivated, the head of the Assembly’s impeachment investigation warned Wednesday.

In a letter to Cuomo, Assembly Judiciary Committee Chairman Charles Lavine (D-Long Island) said it was “difficult for me to comprehend” why his communications director, Rich Azzopardi, tweeted earlier this month that Attorney General Letitia James “says she may run against the governor.” Lavine noted that he formally instructed Cuomo on March 15 that “neither you nor anyone associated with you” should engage in witness intimidation or retaliation and that James was “conducting a parallel investigation” to his committee’s impeachment probe.“It is obvious that attempts to demean the Attorney General serve as well to undermine the investigation and send profoundly negative signals to witnesses,” Lavine wrote.