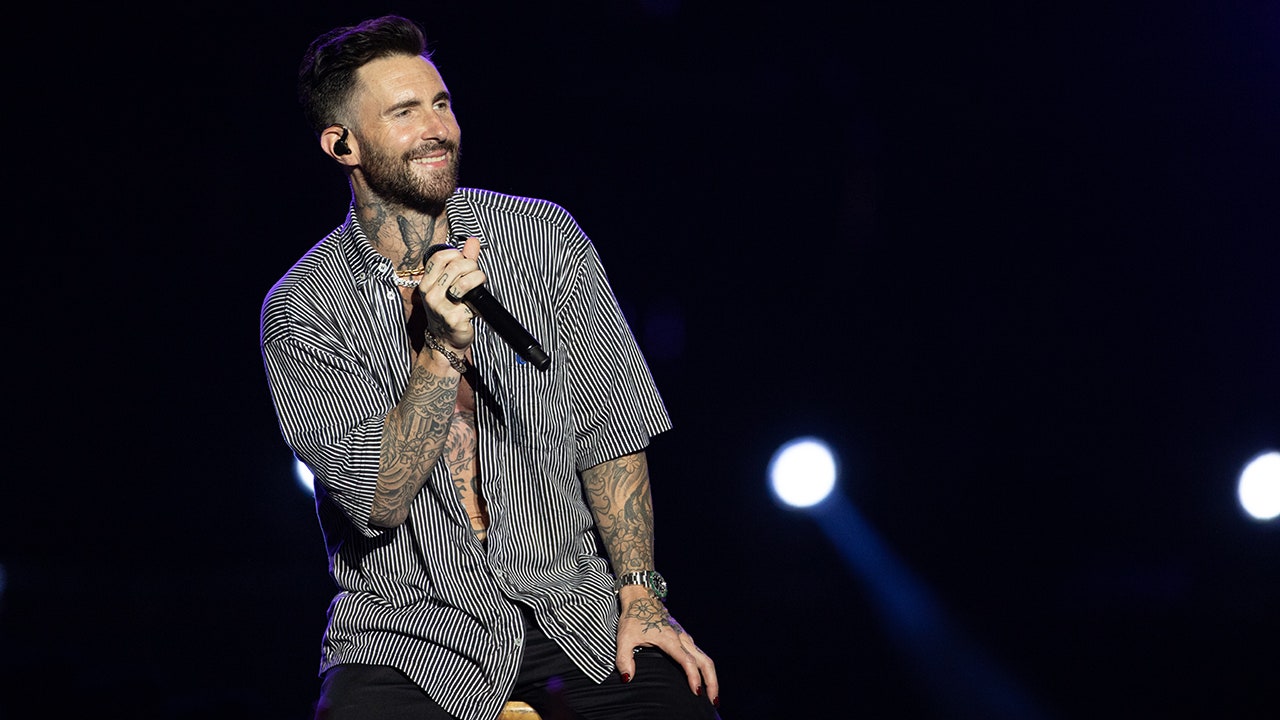 Adam Levine and Maroon 5 are still set to perform in Las Vegas in October as the musician continues to battle his cheating and flirtatious messages scandal.

Levine, 43, has been dominating the headlines since Instagram model Sumner Stroh said the two had a yearlong affair while Levine was married to Behati Prinsloo. She shared screenshots of the "Sugar" singer allegedly asking if he could name his third child "Sumner."

The Academy Award-winning Louise Fletcher passed away in her home in Montdurausse, France, surrounded by her family, a representative said.

Pierce Brosnan not sure who the next bond will but says 'whoever he be, I wish him well'

Pierce Brosnan, former "James Bond" star, let fans know he doesn't know who the next James Bond will be after Daniel Craig announced he is done playing the iconic spy.

Heather Graham, 52, soaks up the sun in a cream bikini during Italian getaway: ‘Postcard from Positano’

According to reports, Heather Graham is traveling in Italy with snowboarder John de Neufville. The "Boogie Nights" star was recently at the Venice Film Festival AmfAR gala and auction.

Don McLean and Paris Dylan were seen enjoying Manchester ahead of his 50th Anniversary of American Pie Tour performance. Paris is 48 years younger than McLean.

"Shakespeare in Love" actress Gwyneth Paltrow is marking her milestone 50th birthday by reflecting on her past and accepting her "wrinkles."

"Mad Max" actor Tom Hardy told his fans on social media this week that he entered the 2022 Brazilian Jiu-Jitsu Open Championship on behalf of a charity.

Kelsea Ballerini released a new album, "Subject to Change." This is the first album she has put out since her recent divorce from ex-husband Morgan Evans.

Meghan Markle, a former American actress, became the Duchess of Sussex when she married Britain's Prince Harry in May 2018. The couple now reside in California with their two children.

‘M*A*S*H’ star Jeff Maxwell recalls meeting ‘passionate’ veterans: ‘That had such a profound impact on me’

Jeff Maxwell starred as Pvt. Igor Straminsky in "M*A*S*H," a war sitcom that aired from 1972 until 1983. For the 50th anniversary, Reelz is airing “M*A*S*H: When Television Changed Forever."

"Rust" actor Alec Baldwin just welcomed his seventh baby with wife Hilaria Baldwin, but the actor took to Instagram to post about "lots of changes coming" amid potential legal woes.

Tom Brady and Aaron Rodgers faced off Sunday during the Tampa Bay Buccaneers home opener, but all eyes were looking for Brady's wife, Gisele Bündchen, who was not in attendance.

Israeli superstar Gal Gadot stuns audiences on red carpets, at movie premieres, and alongside Hollywood stars including The Rock and Ryan Reynolds.

Alec Baldwin, 64, and his wife Hilaria Baldwin, 38 welcomed their seventh child together. The baby girl, Ilaria Catalina Irena, was born on September 22, 2022 and joins the couple's six other children.

Meghan Markle was known as the "narcissistic sociopath" by disillusioned aides who call themselves the "Sussex survivors," a new book claims.

'The Princess Bride' cast: Where are they now?

"The Princess Bride" was released 35 years ago today and launched the careers of many of its stars, including Robin Wright and Cary Elwes.

A week after he was injured during an on-stage fall in St. Louis, singer Post Malone announced his Boston show was postponed because he is hospitalized with breathing difficulties.

Duchess of Sussex Meghan Markle is facing criticism for the way she treated royal staff when living at the palace, in comparison to Princess Diana -- who was described as "kind."

Meghan Markle, the ‘difficult' Duchess, complained about ‘not getting paid’ for royal tour, book claims

Royal insiders revealed that Duchess of Sussex Meghan Markle showed negative behavior towards the staff, according the book "In Courtiers: the Hidden Power Behind the Crown" by Valentine Low.

Vanity Fair's royal correspondent Katie Nicholl alleged that the Prince of Wales was hoping that his younger brother, the Duke of Sussex, would be "his wingman."

A new photo of King Charles III working in Buckingham Palace three days after Queens' Elizabeth II's death was shared by the palace on Friday.