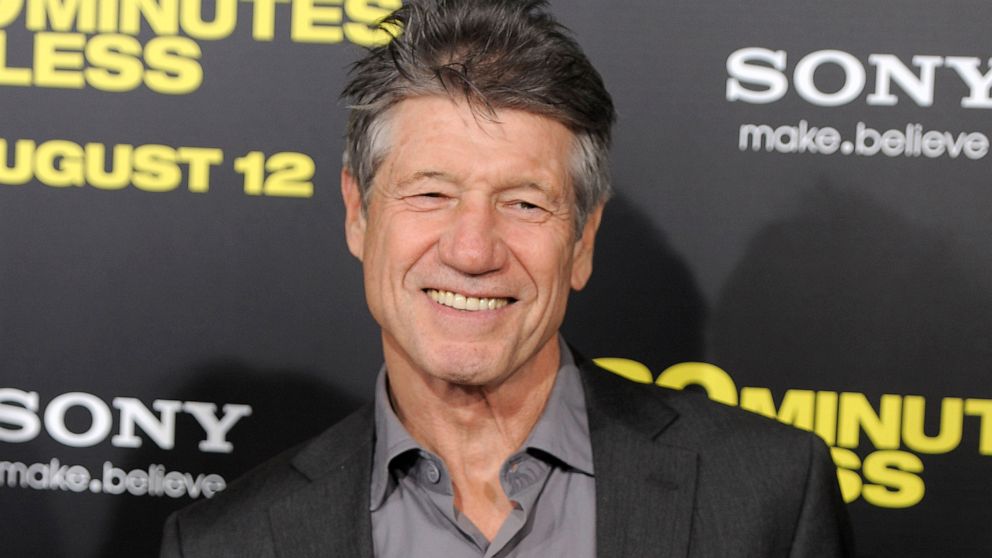 Fred Ward, a veteran actor who brought a gruff tenderness to tough-guy roles in “The Right Stuff,” “The Player” and “Tremors,” has died

NEW YORK -- Fred Ward, a veteran actor who brought a gruff tenderness to tough-guy roles in such films as “The Right Stuff,” “The Player” and “Tremors,” has died. He was 79.

Ward died Sunday, his publicist Ron Hofmann said Friday. No cause or place of death was disclosed per the family’s wishes.

“Devastated to learn about the passing of my friend, Fred Ward,” tweeted actor Matthew Modine, who co-starred with Ward in “Short Cuts” and Alan Rudolph’s "Equinox.” “A tough façade covering emotions as deep as the Pacific Ocean. Godspeed amigo.”

Review: Harry Styles is fully at home in 'Harry's House'

If the 13 tracks of Harry Styles’ third LP are the walls in which he lives, “Harry’s House” is a place of self-expression, happiness and healing

Rihanna and A$AP Rocky have welcomed a baby boy, according to multiple reports

Vangelis, the Greek 'Chariots of Fire' composer, dies at 79

The Greek electronic composer who wrote the unforgettable Academy Award-winning score for “Chariots of Fire” and music for dozens of other movies, documentaries and TV series, has died

Review: A joyous encounter between musical legends lives on

“Carry Me Home,” a newly-released recording of a memorable session between Mavis Staples and Levon Helm, pulsates with gusto and joy, writes Scott Stroud of The Associated Press

With sequel plans, Rob Reiner turns 'Spinal Tap' up to 11

Rob Reiner is getting the band back together

Tom Cruise mania descended Wednesday in Cannes where the actor made a whirlwind appearance at the French film festival to screen “Top Gun: Maverick,” exalt the big screen and sit for a rare interview

A friend of actor Amber Heard has testified that she saw the bruises and cuts left in the aftermath of multiple incidents of abuse inflicted by Heard’s ex-husband, Johnny Depp

Bruce Springsteen and E Street Band to tour in US, Europe

The Boss is hitting the road again

From an imprisoned Ukranian journalist to a high school activist in Florida, PEN America paid tribute Monday night to democracy and free expression and warned about the dangers faced in the U.S. and abroad

Review: 'Swing and a Hit’ for diehard Yankees fans only

By now, nearly ever starter on the New York Yankees dynasty that won four World Series titles in six years has written a memoir

Celebrity birthdays for the week of May 29-June 4

Celebrities having birthdays during the week of May 29-June 4 include actor Laverne Cox, singer Alanis Morissette and “The Amazing Race” host Phil Keoghan

'Top Gun' and Tom Cruise return to the danger zone

After sitting on the shelf for two years due to the pandemic, “Top Gun: Maverick” is flying full throttle into theaters this week

One more 'I do,' this time in Italy, for Kourtney and Travis

A wedding trilogy has been completed for Kourtney Kardashian and Travis Barker with a ceremony at a castle in Portofino, Italy

The Kravis wedding train has rolled into Italy

NBC has all scenarios covered for Championship Sunday

With the Premier League title race coming down to the final day of matches, NBC is pulling out all the stops in its coverage of Championship Sunday