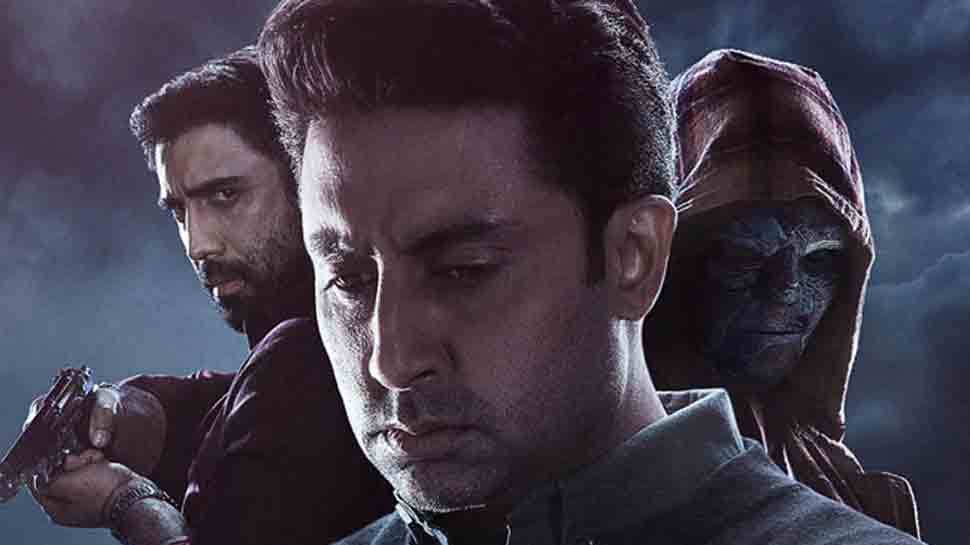 The first part of the 'Breathe' franchise featured R Madhavan, Amit Sadh and Sapna Pabbi. It was released in 2018. And then in 2020, the makers came up with a second season which was headlined by Abhishek Bachchan, Amit Sadh and Nithya Menen.

MUMBAI: Actor Abhishek Bachchan is in Delhi for the shoot of the third season of the hit web show 'Breathe: Into the Shadows'.

Junior B also added hashtags "Breathe: Into The Shadows" and "Season 3" to the caption. He had also revealed the location of his shooting as Delhi. Alongside the caption, Abhishek posted a picture of the shadow of a man. However, he deleted his post after a few minutes.

The makers of the film 'Bunty Aur Babli 2' shared the first look of Rani Mukerji and Saif Ali Khan from the film on social media and fans are obsessed with it.

In the latest episode of Weekend Ka Vaar on Bigg Boss 15, Salman Khan asked Pratik Sehajpal and Karan Kundrra to open up on their explosive fight in the house.

As ‘Dilwale Dulhania Le Jayenge’ completed 26 years, film director Aditya Chopra is all set to direct the romantic film as a Broadway musical.

Pakistani media regulatory body has directed country's TV channels to not air hugging scenes as it is against the country's culture.

Bigg Boss 15 started with Salman Khan welcoming the audience in his own unique style. He later gives a task to housemates to choose among Shamita Shetty, Jay Bhanushali and Karan Kundrra that who is 100% original, who is 50-50% (50% fake and 50% original) and who is 100% fake.

Hours after announcing his next venture 'OMG 2', superstar Akshay Kumar, on Saturday shared a glimpse from the film's set in Ujjain.

'Jis din is sardaar ki hategi, sabki phategi,' Salman Khan dons the avatar of a Sardar for the first time in the film 'Antim" The Final Truth'.

The Bigg Boss house changes and the jungle theme is no longer there. Pratik and Simba cheer up seeing gym set at the garden area.

The Tamil film 'Koozhangal' was chosen to be India's official entry in the 94th Academy Awards next year.

Bollywod actress Kangana was on Monday awarded the Best Actress Award for her films 'Manikarnika: Queen of Jhansi' and 'Panga'. The actress shared severa pictures from the occasion on social media.

Bajrang Dal has accused producer-director Prakash Jha of depicting Hindus wrongly in his web series Ashram that is helmed by actor Bobby Deol.