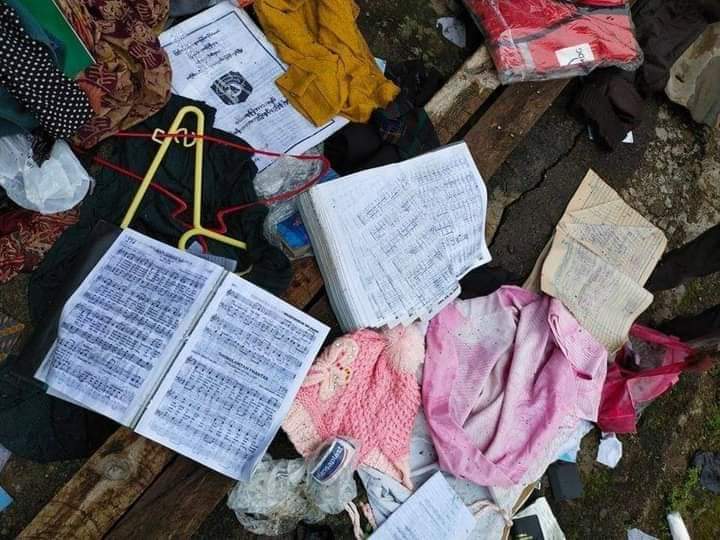 Rights groups say Christians, a minority in the mainly Buddhist country, are being swept up in the military crackdown on resistance.

Last month, Myanmar soldiers gunned down Cung Biak Hum, a 31-year-old Baptist pastor, while he rushed to help put out a fire caused by military shelling. As his town of Thantlang in Myanmar’s northwestern Chin State went up in flames, soldiers sawed off the pastor’s finger and stole his wedding ring.

“The killing of Cung Biak Hum and mutilation of his finger demonstrate the extent of disrespect and brutality with which [Myanmar military] soldiers are conducting themselves in their ongoing war against the people,” Salai Za Uk Ling, deputy director of the Chin Human Rights Organisation, told Al Jazeera.

The September 19 incident is one of at least 20 cases documented by human rights groups and the media, in which Christian churches, church leaders and volunteers have been targeted or caught in the crossfire of military attacks since a February 1 coup.

In a farewell visit to Turkey, the outgoing German chancellor says the security and independence of both countries depend on each other.

The judiciary said the officials’ illegal distribution scheme hurt the country’s economy at a time of special hardship under US pressure.

Pakistan, China, and Iran are yet to recognise the Taliban government, but they all have an interest in doing so.

Can the US wrestle back influence in Latin America from China?

After ceding diplomatic and economic ground to Beijing, Washington hopes to win back its neighbours with new investments.

As Erdogan set for another tour, Turkey deepens ties with Africa

Over the past two decades, Turkey has sought to present itself as an alternative external power in the continent.

An official tally also showed 33,208 new infections, setting a pandemic high for both fatalities and cases for the third day in a row.

Demonstrations were sparked by concerns over the independence of the electoral commission.

Attacks come after repeated violations of a truce reached in March last year.

Is colonialism to blame for dire situation with climate change?

Exhibition looking at legacy of colonialism – and role it played in birth of climate change – has opened in London.

France’s president told relatives, activists on the 60th anniversary of the 1961 protest in Paris by Algerians that ‘crimes’ were committed.

The Palestinian community in Israel has fallen victim to a murder rate two times higher than Jewish areas.

Tens of thousands demonstrate in Rome against fascism

The protest comes a week after extreme right-wing supporters broke into the headquarters of Italy’s oldest labour confederation.