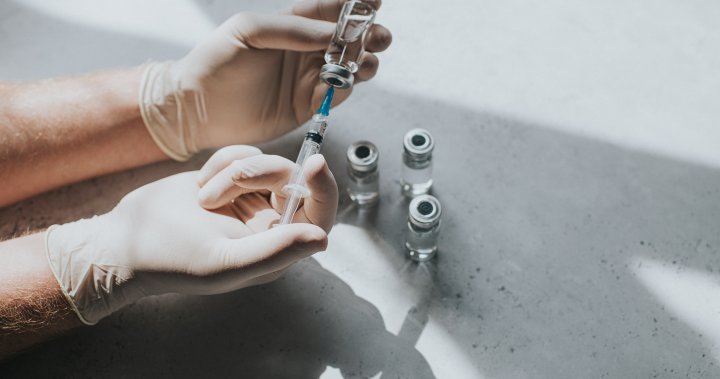 An Israeli hospital on Monday said preliminary research indicates a fourth dose of the coronavirus vaccine provides only limited defense against the Omicron variant that is raging around the world.

The clinical trial found that both groups showed increases in antibodies “slightly higher” than following the third vaccine last year. But it said the increased antibodies did not prevent the spread of omicron.

“Despite increased antibody levels, the fourth vaccine only offers a partial defense against the virus,” said Dr. Gili Regev-Yochay, director of the hospital’s infection disease unit. “The vaccines, which were more effective against previous variants, offer less protection versus omicron.”

The preliminary results raised questions about Israel’s decision to offer a second booster shot – and fourth overall – to its over-60 population. The government says over 500,000 people have received the second booster in recent weeks.

Dr. Nahman Ash, director of Israel’s Health Ministry, said the research did not mean the fourth vaccine effort was a mistake. “It returns the level of antibodies to what it was at the beginning of the third booster. That has great importance, especially among the older population,” he told Channel 13 TV.

But he said the research would be taken into account as authorities debate whether to expand the additional booster campaign to the broader population.

Israel was one of the first countries last year to widely vaccinate its population and last summer became the first to offer a booster shot. The latest booster campaign for older Israelis also is believed to be the first of its kind in the world.

Earlier this week, the B.C. River Forecast Centre issued a bulletin warning that the province was facing a "considerably" higher risk of spring flooding.

At least 296,180 more people came down with fever symptoms, and 15 more had died of COVID-19 as of Sunday in North Korea, a news outlet said.

The bill, known as C-18 in Parliament, would make tech giants such as Google and Meta pay for reusing news produced by Canadian news organizations.

Hospitalizations and confirmed cases are falling again, suggesting the sixth wave has peaked, but the average number of deaths per day remains high.

Pandemic-related hospitalizations in Quebec stood at 1,754, a net drop of 67. In the last day, there were 92 admissions and 159 discharges across the province.

The osprey have been dropping debris and sticks onto the cross arm which has resulted in fires and subsequent outages.

At least one person confirmed to have COVID-19 has died in North Korea and hundreds of thousands have shown fever symptoms, state media said on Friday.

After reducing its workforce to 25 per cent back in 2020, Aurora Cannabis announced Thursday it would be closing its Aurora Sky facility in Edmonton.

COVID-19 symptoms linger for many 2 years after infection, study shows

Regardless of initial disease severity, the 2,469 COVID-19 survivors in the study had improvements in physical and mental health over time.

A generic course of molnupiravir is expected to cost about $20 in poorer nations, compared with the roughly $700 per course Merck is charging the United States.

The owner of Abalon Foundation Repairs, Gerry Bonham, said he won't be able to get to some clients until next year, something he's never done.

The Massachusetts Department of Public Health did not say where in Canada the man travelled to or when, but added the case does not pose a risk to the general public.

World just as vulnerable to future pandemics after COVID: WHO panel

The world is no better prepared for a new pandemic threat than it was when COVID-19 emerged in 2019, according to a review panel set up to evaluate the global response.

Airport delays are due to COVID-19 rules, industry group says. Do we still need them?

COVID-19 testing and screening rules can't co-exist with current travel demands, the Canadian Airports Council. Is it time Ottawa makes another change to its border rules?

There were 1,599 patients hospitalized with the disease, a net decrease of 35. This comes following 111 admissions and 146 discharges in the last day.

The non-profit organization is calling on council to implement a tree protection bylaw to help save mature trees in the future.

The health authority confirmed the move one day after a damning report from a Quebec coroner into dozens of pandemic-related deaths at nursing homes across the province.

Shortages of some baby formula in Quebec due to panic buying, U.S. supply issues

The province's Health Department said it's working with Quebec's association of pharmacy owners to minimize the baby formula shortage's impact.

It's been a tough year for producers of all kinds, and the season isn't starting off so hot for bee farmers either.

The Health Department offered no specific instructions to long-term care homes despite knowing older people were particularly at-risk from the novel coronavirus, the report finds.

Hospitalizations related to the health crisis in Quebec totaled 1,611, a decrease of 11. This comes after 64 admissions and 75 discharges in the last day.

The death toll in the province has risen to 13,072 from the previous day as two new virus-related deaths were added.

River Forecast Centre to issue a High Streamflow Advisory for a number of rivers in the region.