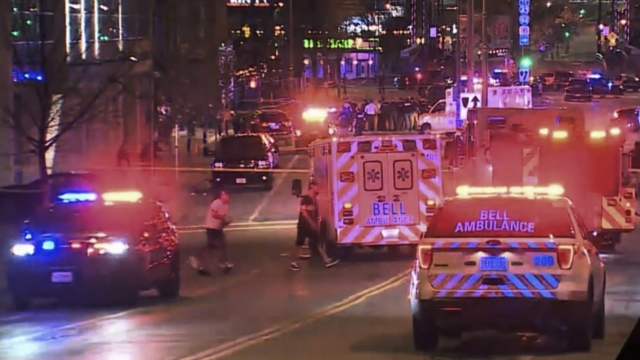 None of the injuries from either shooting Friday night were believed to be life-threatening.

Twenty people were injured in two shootings in downtown Milwaukee near an entertainment district where thousands of people had been watching the Bucks play the Celtics in the NBA's Eastern Conference semifinals, authorities said.

None of the injuries from either shooting Friday night were believed to be life-threatening.