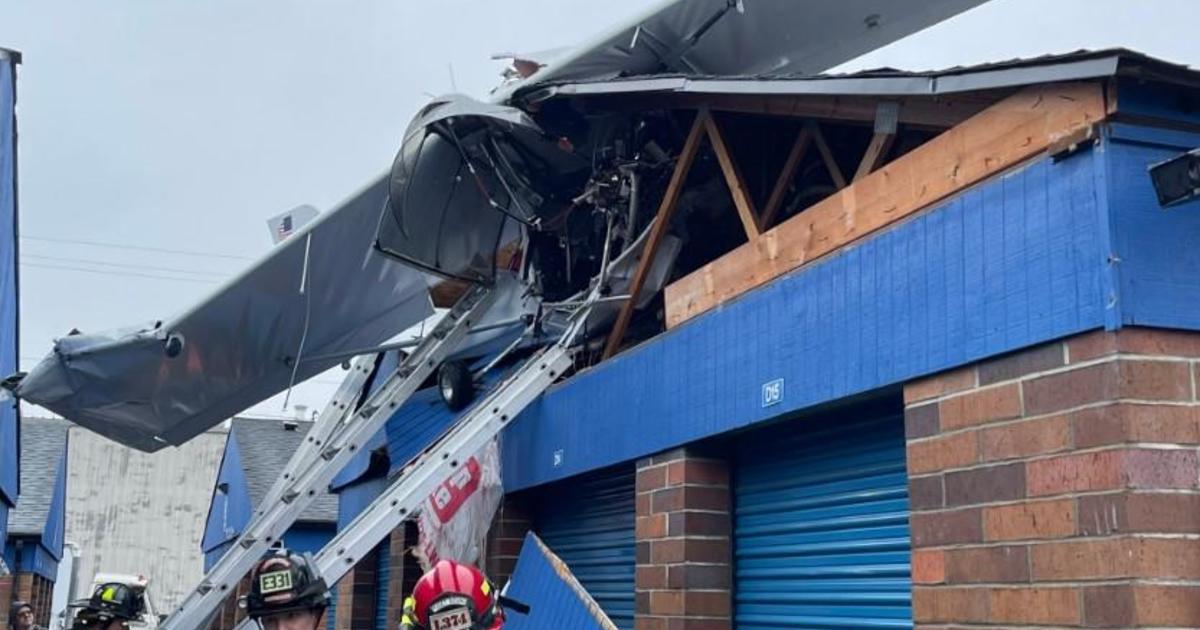 The single-engine Challenger II, carrying two people, slammed into the storage building at about 1:30 p.m. Pacific time, according to the Federal Aviation Administration. A photo from the scene showed the plane lodged in the roof of the structure.

The Puget Sound Regional Fire Authority reported that the two people aboard suffered life-threatening injuries. There was no word of injuries to anyone on the ground.