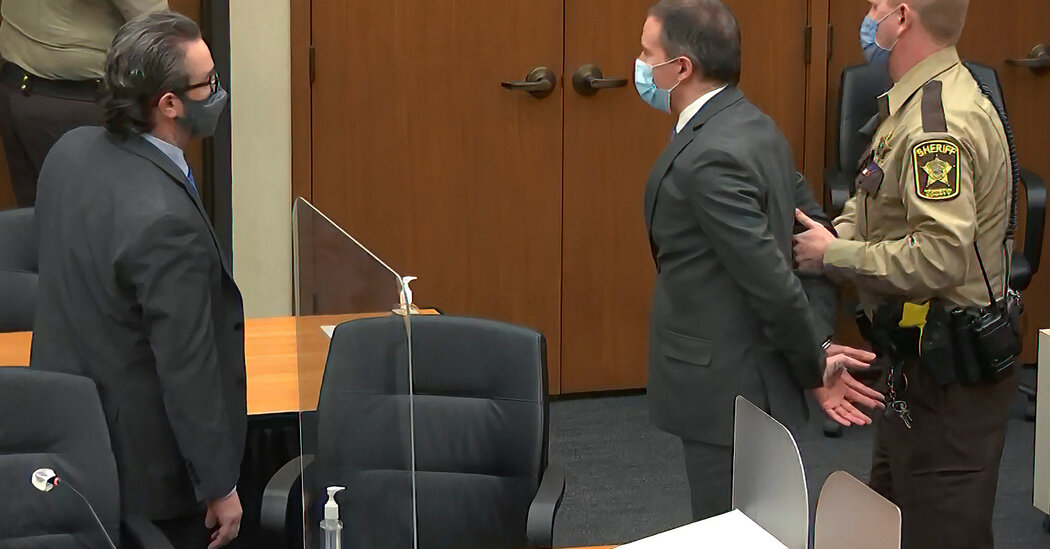 The expected legal motion came on the same day that one of the jurors was being criticized for his participation in the March on Washington last year.

The lawyer for the former Minneapolis police officer convicted of murdering George Floyd filed a motion on Tuesday asking for a new trial on several grounds, including jury misconduct. The lawyer, Eric Nelson, said that his client, Derek Chauvin, did not receive a fair trial for several reasons, including the judge’s decisions to not sequester the jury during the trial, to not change the location of the proceedings and to not grant a new trial because of publicity that included the intimidation of the defense’s expert witnesses. Mr. Nelson also wrote “that the jury committed misconduct, felt threatened or intimidated, felt race-based pressure during the proceedings, and/or failed to adhere to instructions during deliberations.” There were no detailed arguments provided in the motion, which was expected and is a common step following a criminal conviction. It remains to be seen how effective any of the arguments will be because courts have set a high bar for overturning jury verdicts.